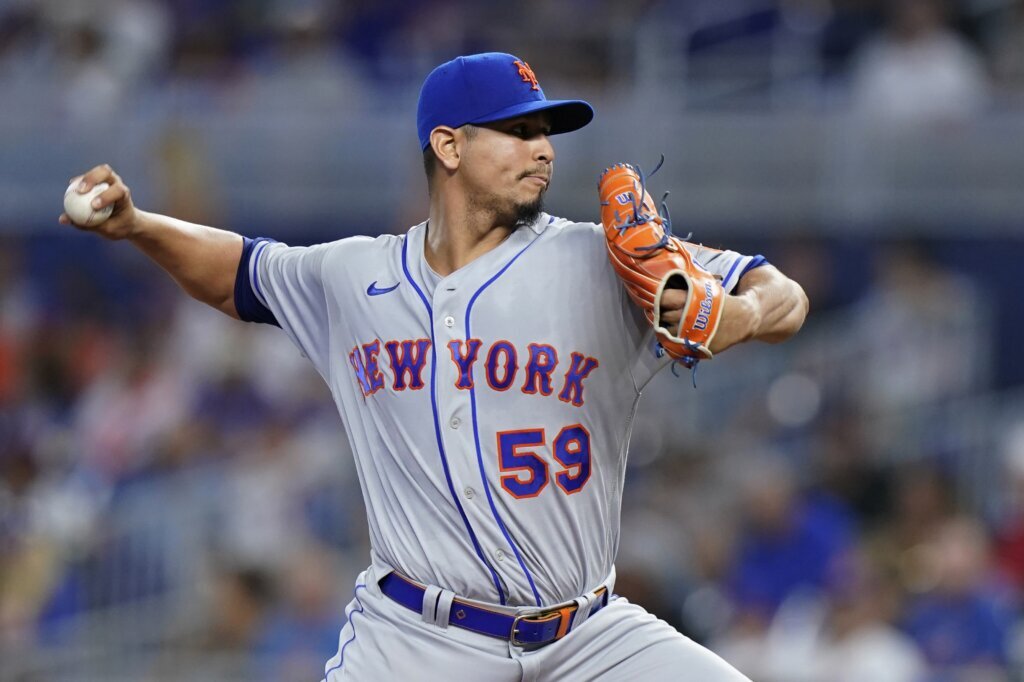 Francisco Lindor had three hits, including his 17th homer, while Jeff McNeil and J.D. Davis also went deep for the NL East leaders, who won their fifth straight.

The 35-year-old Carrasco (11-4) walked two and struck out seven in 7 2/3 innings. He became the eighth Venezuelan pitcher to reach 100 major league wins.

“To be on that list makes me profoundly proud,” Carrasco said. “I will continue to work hard and try to reach bigger milestones. What matters most is that I feel healthy.”

“We’ve played some good baseball and we’ve had our challenges,” manager Buck Showalter said. “They’ve been inflicted by other teams, not self-inflicted. That’s something I’ve been proud of.”

The Marlins lost their sixth in a row at home. They have not homered in their own ballpark since July 5 — a stretch of 11 games.

McNeil’s drive snapped a 2-for-27 slide. He initially received the silent treatment from teammates in the dugout after completing his home run trot but soon was swarmed in celebration.

“I thought it was going to be the next inning,” McNeil said of the extended silence. “It lasted a few pitches, but a good celebration.”

Third baseman Charles Leblanc went 1 for 3 in his major league debut for the Marlins. After striking out in his first two at-bats, Leblanc doubled in the eighth but was picked off at second, ending the inning.

New York padded its lead with solo shots from Lindor and Davis in the eighth.

“Those couple of runs at the end helped,” Lindor said.

Seth Lugo relieved Carrasco and got four outs to finish the four-hitter.

Leblanc’s double and Miguel Rojas’ steal of second in the first provided Miami’s only opportunities with runners in scoring position against Carrasco.

“He was executing,” Marlins manager Don Mattingly said. “He was getting the ball on the edges on both sides of the plate.”

The Mets signed catcher Kevin Parada, their top selection in the amateur draft. Parada, the 11th overall pick, hit .360 with 26 home runs and 88 RBIs in his final season at Georgia Tech.

With his back toward the plate, Neidert snatched Nimmo’s comebacker for the second out of the fifth. The ball was clocked at 104 mph off Nimmo’s bat.

FROM THE MOUND, NOT BEHIND THE PLATE

Hall of Fame catcher Iván Rodríguez threw out the ceremonial first pitch before the game. Rodríguez’s 21-year major league career included one season with the Marlins in which he helped lead them to the 2003 World Series championship.

5 Tips When Investing in Rare Whiskey