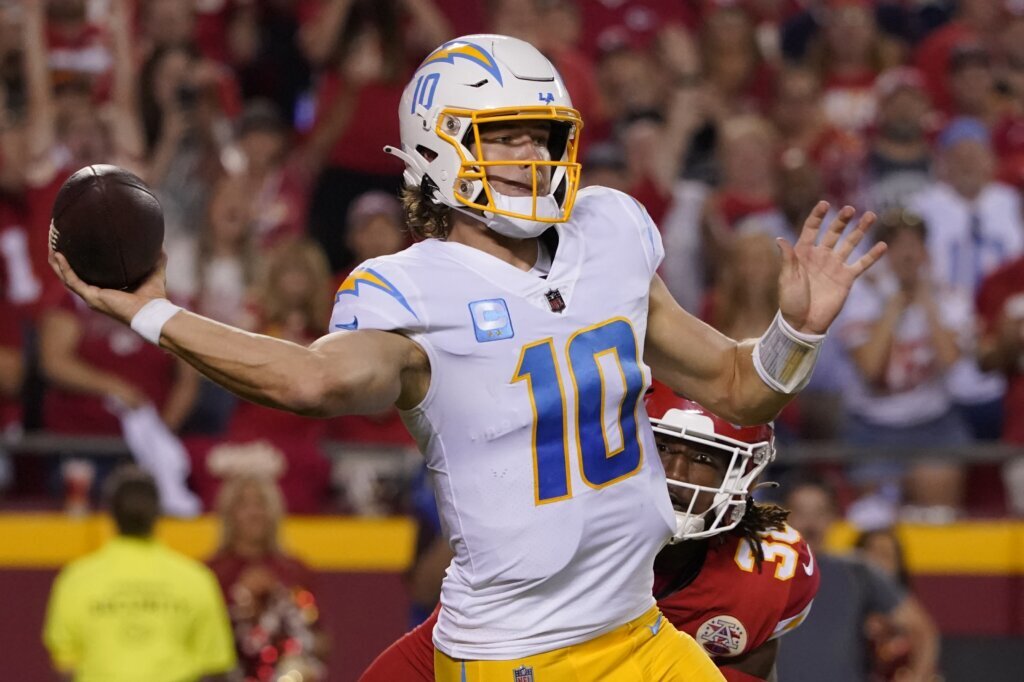 INGLEWOOD, Calif. (AP) — Quarterback Justin Herbert is expected to start for the Los Angeles Chargers on Sunday against the…

INGLEWOOD, Calif. (AP) — Quarterback Justin Herbert is expected to start for the Los Angeles Chargers on Sunday against the Jacksonville Jaguars after being questionable all week due to a rib injury.

Herbert fractured rib cartilage on a hard hit from Kansas City defensive lineman Michael Danna during the fourth quarter of a game Sept. 15. He has 34 consecutive regular-season starts, seventh among active quarterbacks, according to Sportradar.

The third-year quarterback was limited in practice Wednesday and went through most of his usual workload on Thursday before sitting out Friday.

This is Herbert’s first significant injury since being the sixth overall pick in the 2020 NFL draft. He broke his femur as a junior in high school in 2014 and then had a broken collarbone three years later at Oregon.

Backup quarterback Chase Daniel has five career starts, most recently in 2019 for the Chicago Bears in a Week 5 game against the Raiders. He has a 2-3 record as a starter.

The Chargers have all three quarterbacks active for the first time since Week 2 against Kansas City in 2020.

Tyrod Taylor suffered a rib injury during the Chargers’ opening win in Cincinnati that season. A team doctor then punctured Taylor’s lung while giving him a pain-killing injection before the game against the Chiefs. Taylor went to the hospital, and Herbert found out he was getting his first NFL start less than a minute before kickoff.

Herbert isn’t the only significant injury for the Chargers as they face the Jaguars in a matchup of 1-1 teams. Center Corey Linsley (knee), cornerback JC Jackson (ankle), wide receiver Keenan Allen (hamstring) and tight end Donald Parham (hamstring) are inactive.