CHELSEA have completed the signing of Denis Zakaria on loan from Juventus.

Chelsea have the option to make Zakaria’s stay permanent at the end of the season for £30million.

If that clause is activated the Switzerland international will also put pen to paper on a five-year deal.

After the deal was confirmed Zakaria said to Chelsea media: “I want to say hi to all the Chelsea fans.

“I’m very happy and proud to be a Blue and I cannot wait to see you soon at Stamford Bridge.” 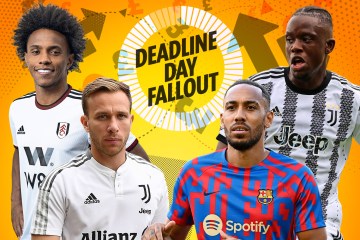 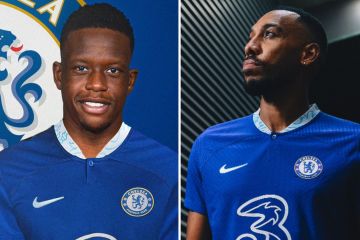 The former Borussia Monchengladbach star could make his debut against West Ham on Saturday with Mateo Kovacic out injured.

Thomas Tuchel had been keen to add depth to his midfield options and owner Todd Boehly is delighted to have helped his manager in that area.

Boehly said: “Denis is a talented midfielder with lots of quality and skill.

“He will add depth and range to our squad this season, and we are looking forward to watching him play in Chelsea blue.”

Chelsea also made a last-ditch attempt to sign Ajax ace Edson Alvarez in a £43m deal.

The Mexico star refused to train on Thursday as he pushed for a transfer.

But Ajax sensationally blocked the move, having already surrendered Antony to Manchester United this week.