The club’s new owners are looking into revamping the whole structure at Stamford Bridge and that includes the development of young players.

Chairman Todd Boehly and his board of directors have been studying business models of other teams.

One area where they can see an opportunity to improve is by spreading Chelsea’s scouting and development tentacles across Europe and eventually beyond.

The medium to long term plan is for Chelsea to buy stakes in continental teams with a view to them becoming ‘feeder’ clubs for the Blues.

From then Chelsea will cherry pick the best young talent from abroad or those emerging through the academy and pack them off to their subsidiary to put their skills to the test. 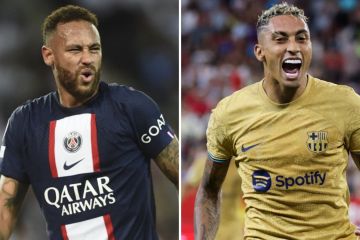 Premier League champions City have led the way on this and the City Football Group has invested in various clubs globally.

In Europe there are links with Troyes in France, Lommel SK in Belgium, Girona in Spain and Italy’s Palermo.

Elsewhere they have interests with Melbourne FC in Australia, Montevideo City in Uruguay, Yokohama Marinos in Japan’s J-League and New York City FC.

Boehly is keen to copy that and improve upon it as part of his long-range vision to make Chelsea a huge global brand.

They have already been linked with a move for former Liverpool sporting director Michael Edwards.

Boehly wants a new person to assist in signings and developing the club’s scouting system and is hoping to make an appointment before the start of the World Cup in November.

New head coach Graham Potter will be fully assisting in the process.

Hartman passes for 4 TDs as No. 23 Wake Forest beats Vandy