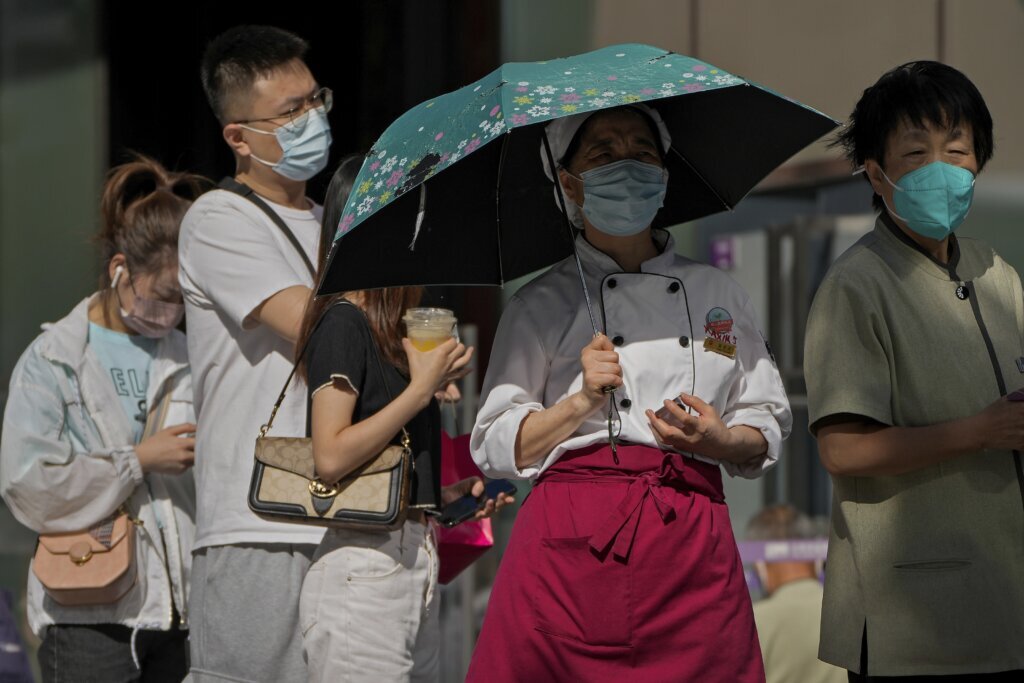 BEIJING (AP) — China has locked down 65 million of its citizens under tough COVID-19 restrictions and is discouraging domestic travel during upcoming national holidays.

Most of the 21 million people in the southwestern city of Chengdu are confined to their apartments or residential complexes, while in the eastern port city of Tianjin, classes have ben moved online after 14 new cases were reported, all but two showing no symptoms.

China reported a total of 1,552 new cases on Monday across the nation of 1.4 billion people, the National Health Commission reported.

Despite the relatively low number of infections, authorities have adhered to a “zero-COVID” policy requiring lockdowns, quarantines and the confining of people suspected of being in close contact with any confirmed case.

Sept. 10-12 is China’s mid-autumn festival, the country’s second-most important holiday after the Lunar New Year. The anti-virus measures have taken a major toll on the economy, travel and society in general, but China’s ruling Communist Party says they are necessary to prevent a wider spread of the virus, first detected in the central Chinese city of Wuhan in late 2019.

The fear of being caught in a lockdown or sent to a quarantine facility for even being in proximity with a person who tested positive has severely constrained people’s work, socializing and travel habits.

In Chengdu, the start of the new school term has been delayed and most residents have been confined to their residential compounds. In all, 33 cities are restricting residents to their homes or compounds, according to state media reports.

Since the outbreak began, China has placed tens of millions of people under lockdowns that have been ruthlessly applied, sometimes preventing residents from obtaining food, health care and basic necessities.