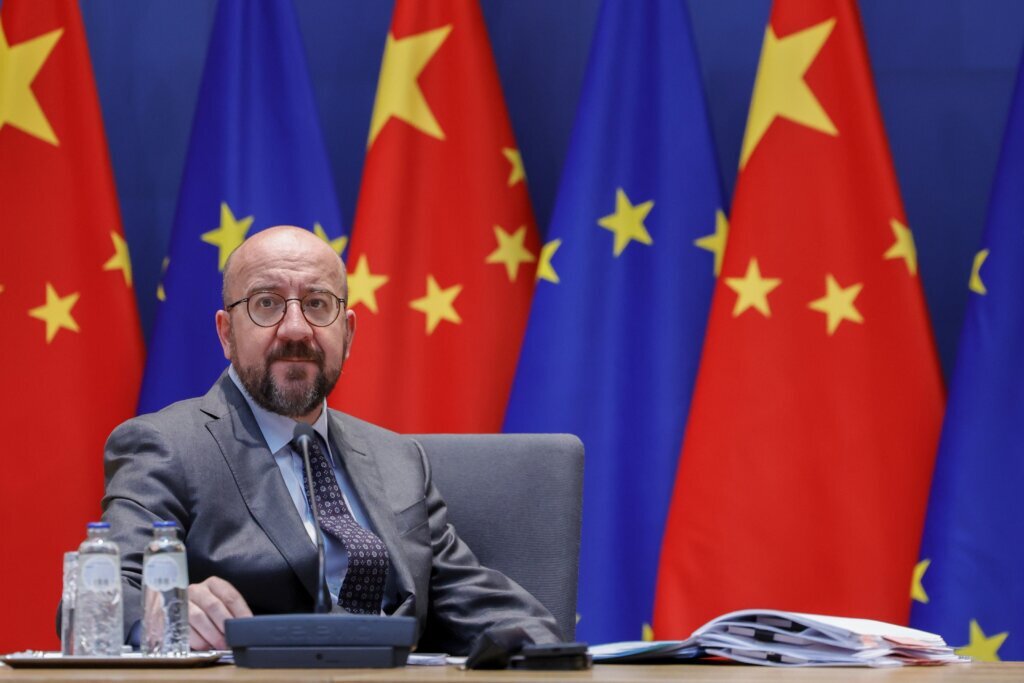 The official Xinhua News Agency gave no details about the discussions Thursday. However, EU officials say the one-day visit is devoted to seeking a balance between the EU’s wish for more exports to China and the need to be firm with Beijing in the defense of democracy and fundamental freedoms.

In recent years as China grew its global clout, the EU has increasingly come to see the nation as a strategic rival.

Michel’s visit is also an opportunity for the 27-member bloc to show a united front after German Chancellor OIaf Scholz made a solo visit to China in early November.

During that trip, Scholz urged China to exert its influence on Russia and raised human rights concerns. Michel will try to build on those discussions as the EU seeks to stand its ground against an increasingly assertive and authoritarian China, which has tacitly backed Moscow in its invasion of Ukraine while attacking sanctions and expanding its footprint in the Western Pacific.

The visit also comes amid high tensions over self-governing Taiwan, which China has threatened to invade, and follows a United Nations report that said China’s human rights violations against Uyghurs and other ethnic groups in its Xinjiang region may amount to crimes against humanity.

Increasing numbers of politicians from the European Parliament and EU member nations have been visiting Taiwan, sparking anger in Beijing. Lithuania’s decision to upgrade relations with Taipei prompted Beijing to freeze ties and ban trade with the Baltic nation.

At the same time, Michel will seek to improve the EU’s economic standing in the world’s second largest economy, which has seen significantly slower growth partly as a result of rigid anti-COVID-19 restrictions that also limited Michel’s visit to just one day.

The EU has an annual trade deficit in goods and services with China amounting to about 230 billion euros. It specifically seeks to reduce its dependence on China for tech equipment and the raw minerals used to make items such as microchips, batteries and solar panels.

Solana & FTX: The Level Of Impact