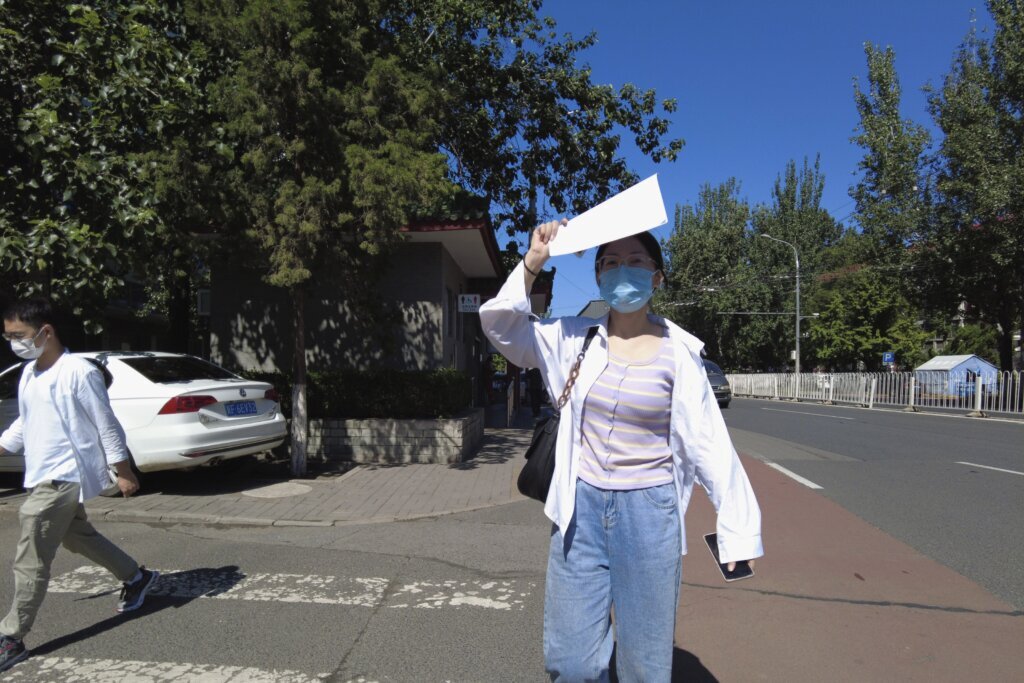 BEIJING (AP) — Liu Qian, job-hunting with a new master’s degree, said two employers interviewed her and then said the…

BEIJING (AP) — Liu Qian, job-hunting with a new master’s degree, said two employers interviewed her and then said the positions had been eliminated. Others asked her to take lower pay.

She is one of 11 million new graduates desperate for work in a bleak job market as anti-virus controls force factories, restaurants and other employers to close. The survivors are cutting jobs and wages.

“Am I not worth it?” Liu asked. “From the moment I started looking for a job, I felt as if my future were smashed by a machine, and I don’t know if I can piece it together.”

There were almost two graduates competing for every job opening in the three months ending in June, up from 1.4 the previous quarter, according to the China Institute for Employment Research and Zhaopin.com, another job-hunting website.

China’s job drought echoes the struggles of young people worldwide to find work in depressed economies but is especially sensitive politically in a year when President Xi Jinping is expected to try to extend his time in power.

Graduates often come from urban families who are the biggest winners from China’s economic growth, an important source of political support. The ruling party needs them, especially those with technical training, to start their careers to propel industry development.

The official unemployment rate in June for people aged 16 to 24 was almost 20%, compared with 5.5% for all ages. That is expected to rise once the latest graduates are taken into account.

Premier Li Keqiang, the top economic official and No. 2 in the ruling party, said in March the government hoped to generate 13 million new jobs this year but did not say how many might be lost to companies closing. Li said 16 million people were expected to be looking for work.

One-third of companies surveyed between last March and this April said they plan to hire fewer fresh graduates, according to Liepin. It said 27%, most of them state-owned, would hire more and 18% had no plans to change course.

China’s unusually severe approach towards COVID-19 has kept case numbers low, but the cost is soaring.

The economy shrank in the three months ending in June from with the previous quarter as factory activity and consumer spending plunged. The ruling party has stopped talking about being able to hit this year’s official 5.5% growth target.

Repeated lockdowns that shut down factories and offices in Shanghai and other industrial centers for weeks at a time have disrupted the traditional labor market, said Zhang Chenggang of the Capital University of Economics and Business.

Companies are “slashing hiring needs” due to a “life-saving mindset,” Zhang said.

“In the future, we will face the challenges of technology,” he said. “Uncertainty in the labor market may even increase. So for university students, the most important thing is the ability to adapt.”

Uncertainties loom over various industries. Internet companies are shedding jobs after the ruling party tightened control by launching data-security and anti-monopoly probes. Real estate is slumping after regulators cracked down on use of debt.

Tao Yinxue, a 2021 graduate, left an internship in an educational institute before graduating, worried over a government crackdown on the industry that has wiped out tens of thousands of jobs.

In April, she quit a job at a financial company when she realized it was promoting virtual currencies, which is “actually not legal in our country.”

Two out of five graduates surveyed want to work for state-owned enterprises that are viewed as safer and supported by the government, said Xing.

Tao is preparing to take the civil service exam for Anhui province, west of Shanghai, while looking for other jobs. She has sent more than 120 resumes and contacted nearly 2,000 possible employers online.

With less posts and more people looking for jobs, “companies can be more selective,” Tao said. “They would prefer those with experience rather than a green hand like me.”

Other graduates are putting off work, opting to stay in school or take exams for government jobs that might pay less than the private sector but offer more stability and social status, Zhang said.

Frustration over severe competition for government-backed jobs exploded into an online outcry when pop star Jackson Yee, also known as Yi Yangqianxi, appeared on the shortlist of candidate performers at the National Theater of China.

Chinese public on social media, including Yee’s fans, questioned if he had abused his celebrity privilege in the recruitment process to get a position that’s a bonus to him but would give other contenders a real break.

Yee denied getting special treatment but announced he would give up the position.

Anti-virus controls have shut down in-person job fairs and postponed civil service exams that lead to jobs for hundreds of thousands of people every year.

Fang Zhiyou, an accounting graduate in the central province of Hubei, said a delay for her civil service exam from March to July disrupted her job hunt. She is waiting to find out how she did.

Fang would rather work for the government but said she would accept a job doing accounting for a manufacturer.

Graduate numbers have surged following an initiative begun in 2019, ahead of the pandemic, to increase training for technical skills the government said were “urgently needed.” More job seekers are expected to enter the labor market in the coming years.

“If I don’t have a job this year, for sure it will become more difficult next year,” Fang said.

Real Madrid vs Eintracht Frankfurt: Get £20 in FREE BETS when you stake £5 with Ladbrokes

NLMC to hire company secretary as it preps for commencing operations

Bail for suspect in police station shooting set at…