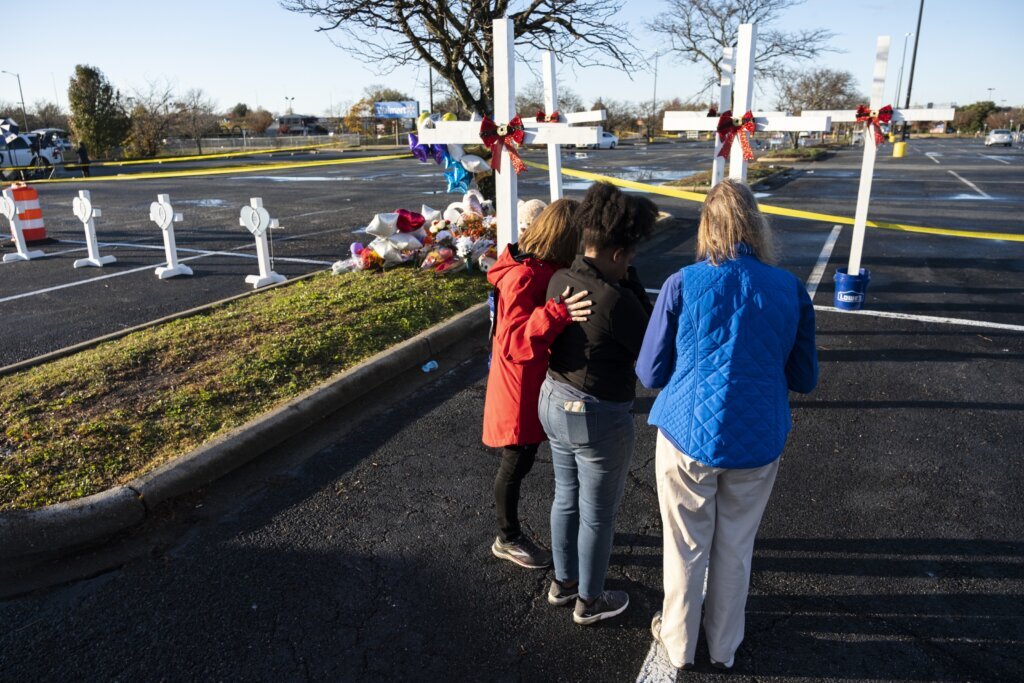 CHESAPEAKE, Va. (AP) — The city of Chesapeake, Virginia, has scheduled a candlelight vigil for Monday evening that will honor…

CHESAPEAKE, Va. (AP) — The city of Chesapeake, Virginia, has scheduled a candlelight vigil for Monday evening that will honor and remember the victims of last week’s mass shooting at a Walmart store.

Six employees were killed and six people were wounded by a store supervisor late Tuesday night in the city of about 250,000 people near Virginia’s Atlantic coastline, police said.

The rampage marked the nation’s second high-profile mass shooting in four days after a person opened fire at a gay nightclub in Colorado Springs, killing five people and wounding 17.

Police said the shooter at the Walmart was a supervisor who left behind a note that claimed he was harassed and pushed to the brink by a perception his phone was hacked. He died at the scene of an apparent self-inflicted gunshot wound.

The Walmart store associates who died ranged in age from 16 to 70 and were in various stages of life.

Fernando “Jesus” Chavez-Barron, 16, had just started driving and gotten his first part-time job at Walmart to help out his family. Kellie Pyle, 52, recently moved back to the region after reconnecting with her high school sweetheart. They planned to marry next year.

Randy Blevins, 70, had worked at the Walmart for more than 30 years after owning his own five-and-dime store. Brian Pendleton, 38, had recently celebrated his 10-year anniversary at the store and was a “happy-go-lucky” guy who loved to tell jokes.

Lorenzo Gamble, 43, worked there for 15 years. He was the quiet one in his family and enjoyed going to his 19-year-old’s football games. Tyneka Johnson, 22, was young and wanted to make her own money. She also had a sense of style and love for music and dancing.

The vigil starts at 6 p.m. and will be held at Chesapeake City Park.