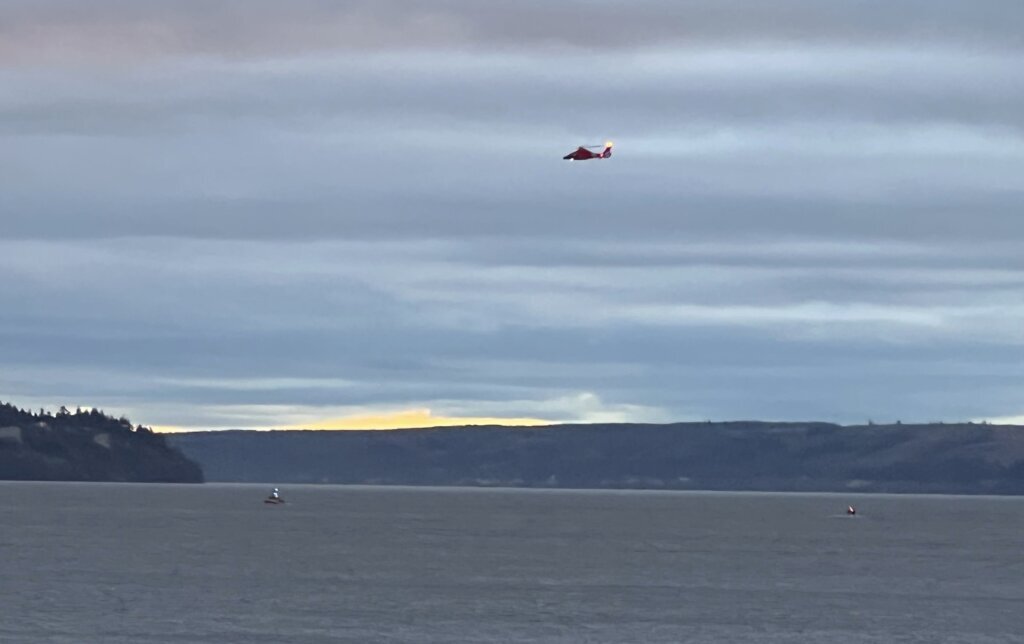 RENTON, Wash. (AP) — The U.S. Coast Guard suspended the search Monday afternoon for nine people, including a child, who…

RENTON, Wash. (AP) — The U.S. Coast Guard suspended the search Monday afternoon for nine people, including a child, who were missing after a floatplane crashed in the waters of Puget Sound northwest of Seattle.

The body of a 10th person was recovered by a good Samaritan on Sunday after the crash was reported at 3:11 p.m., Coast Guard spokesperson William Colclough said Monday.

Later Monday, the Coast Guard said it was suspending the search after “saturating an area” of more than 2,100 square nautical miles (nearly 2,800 square miles or 7,250 square kilometers.

“All next of kin have been notified of this decision,” the Coast Guard said on Twitter. “Our hearts go out to the families, loved ones and friends of those who remain missing and the deceased.”

The Northwest Seaplanes flight left Friday Harbor, a popular tourist destination in the San Juan Islands, and was headed to Renton Municipal Airport, the company’s base, Colclough said.

The plane went down in Mutiny Bay off Whidbey Island, roughly 30 miles (50 kilometers) northwest of downtown Seattle and about halfway between Friday Harbor and Renton, a suburb south of Seattle.

The National Transportation Safety Board said Monday that they’re sending a team of seven to investigate the crash of the DHC-3 Turbine Otter.

The cause of the crash is unknown, authorities said.

Four Coast Guard vessels, a rescue helicopter and an aircraft had been involved in the extensive search, along with nearby rescue and law enforcement agencies.

The Coast Guard said early Monday that crews searched throughout the night, “but no additional individuals were recovered and no debris spotted. Coast Guard aircraft are beginning a search this morning.”

Northwest Seaplanes is a family owned business founded by Clyde Carlson, according to the company’s website. It has 24-years of “accident and incident free flying,” the website said.

The company’s business office next to the seaplane dock at the Renton Municipal Airport remained closed behind fencing on Monday. The only visible activity was two people hugging near the front door. The only floatplane at the dock appeared to be a small private Cessna.

A woman who answered the phone early Monday said they’re waiting to learn more and are devastated by the crash.

“It’s a small crew. Everyone’s close,” said the woman, who would only give her first name, Michelle. She declined to say more.

The Northwest Seaplanes website says its sister company Friday Harbor Seaplanes operates daily flights to and from their Renton base and the San Juan Islands, a scenic archipelago northwest of Seattle that draws tourists from around the world.

Floatplanes, which have pontoons allowing them to land on water, are a common sight around Puget Sound, an inlet of the Pacific Ocean. There are multiple, daily flights between the Seattle area and the San Juan Islands.

These aircraft, which also fly between Seattle and Vancouver, British Columbia, frequently travel over Seattle and land on Lake Washington and on Lake Union, not far from the city’s iconic Space Needle.

The airport where the flight was headed Sunday is at the southern tip of Lake Washington, less than 5 miles (8 kilometers) from Seattle. It’s located next to a Boeing plant and is best known for where new 737s first hit the sky.

In July, 2020, a De Havilland Beaver operated by Brooke’s Seaplanes was on a scenic flight in Coeur d’Alene, Idaho, with five passengers and a pilot when it collided with a Cessna 206. Eight people were killed.

In 2019, a midair crash in Alaska between two sightseeing planes killed six people. The Ketchikan-based floatplanes were carrying passengers from the same cruise ship, the Royal Princess, and were returning from tours of Misty Fjords National Monument.