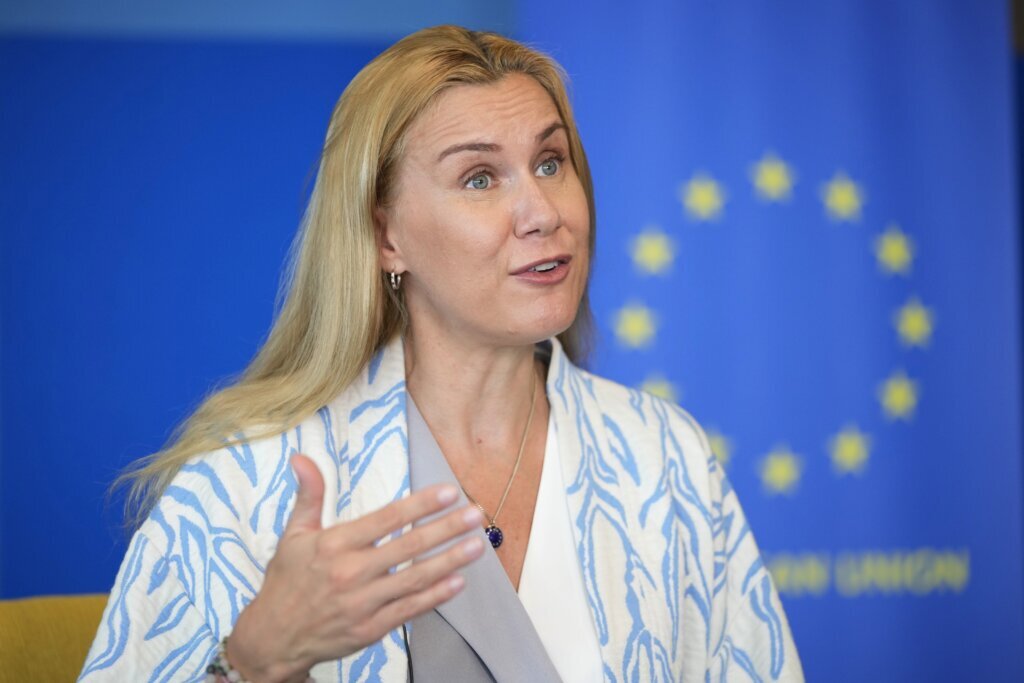 The European Union’s next steps for addressing the continent’s worsening energy crisis following Russia’s invasion of Ukraine are expected to be unveiled next week, the European commissioner for energy said Tuesday.

Many European countries have tightened their belts as energy costs soar. Russia’s state-run energy company has continued its shutdown of a pipeline carrying natural gas to Europe, in what German officials see as a political power play, and the European Commission president says the EU’s electricity market “is no longer operating” amid knock-on effects from the Ukraine war.

An extraordinary meeting of the European Union’s energy ministers will be held in Brussels on Friday to discuss a bloc-wide package of solutions to the power market cost spikes, European Commissioner for Energy Kadri Simson told The Associated Press in an interview.

She said the European Commission expects the package will be adopted next Tuesday, and that a decoupling of gas and energy prices, increase in liquidity for the market and coordinated demand reduction could be expected in it. That could include a temporary capping of the price of gas used to produce electricity, modification of trading rules on energy exchanges and coordinated demand reduction measures like those seen over the summer.

“We know that there are peak hours where our households and enterprises are witnessing extreme high hourly prices,” she said in the interview at the European Delegation office in Jakarta. “Part of this proposal is also dealing with peak hours and how it will cut demand at these specific timeslots.”

European nations have worked to get creative about energy alternatives. One short-term fix is roughly 20 floating terminals that would receive liquefied natural gas from other countries and convert it into natural gas for homes and businesses.

The plan, with the first floating terminals set to start delivering gas by year’s end, has raised alarm among experts who fear the long-term consequences for the environment. They warn that the terminals would perpetuate Europe’s reliance on natural gas, which releases climate-warming methane and carbon dioxide when it’s produced, transported and burned.

“Right now, in this situation where Russia is using their natural gas supplies as a weapon, we have to take care to secure the supply. And that means that some extraordinary investments are needed,” Simson said when asked about the environmental concerns.

Simson also acknowledged that the global rising cost of gas has pushed some countries to resort to cheaper but more environmentally destructive energy sources.

“We are taking responsibility,” she said. “The biggest step that we are making to not impact the global gas and LNG market is agreeing that we will cut our gas consumption.”

“For this winter we have made — and several national governments have made — a set of commitments to reduce energy consumption,” Simson said. “We will not achieve our climate targets unless we will prioritize energy savings.”

Simson also said that the current energy crisis in Europe has made it clearer that renewable energy such as solar and wind are essential for energy in the future.

“Renewables do not only matter on the climate side, but they also allow us to take the responsibility for our consumption into our own hands,” she said.

Simson came to Indonesia to attend a meeting of the Group of 20 leading rich and developing countries in Bali.