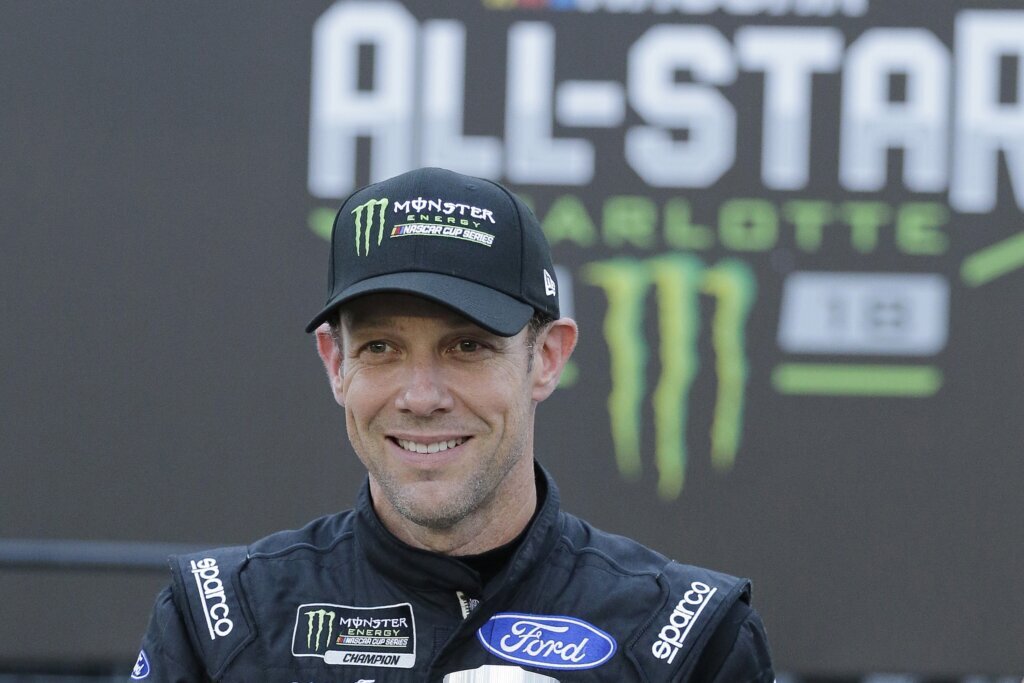 Matt Kenseth wasn’t sure he was ready to retire from NASCAR competition the first time in 2017, when his seat…

Matt Kenseth wasn’t sure he was ready to retire from NASCAR competition the first time in 2017, when his seat was given to a younger driver.

Kenseth was still winning race when he stepped away as a two-time Daytona 500 winner and the 2003 Cup champion. In fact, he won the penultimate race of his final season with Gibbs.

But any other available job would be a downgrade. So he left NASCAR at 45, unconvinced it was time. He got lured back the next year to run 15 races for what’s now RFK Racing, the team that gave the Wisconsin short tracker a shot in Cup.

That proved a difficult rebuilding effort, and Kenseth retired again at the end of the 2018 season.

But Kenseth didn’t like the idea of closing his NASCAR career that way. So he came back again. This time he returned with Chip Ganassi Racing, which had fired Kyle Larson four races into the season and hired Kenseth to steady the team.

And then he was finally done.

Kenseth has taken up running — 10 miles a day — and an occasional marathon. Just the big ones, though. Kenseth has completed the Berlin, New York, Chicago and Boston marathons. He’s currently training for London.

As for racing? Well, Kenseth makes his debut in Superstar Racing Experience this Saturday night at Nashville Fairgrounds and will compete in the three races remaining in the made-for-TV all-star series. On Tuesday night, he’ll race the Slinger Nationals in his home state of Wisconsin.

“I certainly am going there to win and I certainly hope to win. I cannot stand not being competitive,” Kenseth said in an interview with The Associated Press. “But I have no idea what to expect.”

Expect Kenseth to be well prepared. He’s just turned 50 after living nearly three decades of the NASCAR grind. Kenseth in April was elected to the NASCAR Hall of Fame on his first ballot. He ran the Boston Marathon earlier that month without any publicity, but his time of 3 hours, 1 minute, 40 seconds certainly drew attention. Kenseth finished 141st in the men’s 50-54 division, which had more than 1,300 entrants.

But in typical Kenseth manner, he’ll be unassuming and overshadowed in his SRX debut. While Kenseth finally gets in on all the SRX fun, hometown racer Josef Newgarden, the two-time IndyCar champion who lives in the Nashville area, is also giving it a whirl.

Team Penske drivers aren’t often given permission by team owner Roger Penske for extracurricular racing, but NASCAR driver Ryan Blaney also received the OK to race against his father at their hometown track in Ohio in the July 23 series finale.

“You know, I just asked very politely. I said, ‘Roger, this would mean a lot to me to go do something different,’ and he was supportive of that,” Newgarden said. “Maybe it’s the first of a couple things up the road.”

It might depend on how Saturday night goes in the fourth SRX race. It’s a no-holds-barred series and co-creator Tony Stewart snatched Ernie Francis Jr. by the back of the collar two weeks ago in a heated exchange between stages. Stewart then won the race.

Kenseth spent 22 years banging fenders at the Cup level. He also raced a bunch in his early career at the Fairgrounds, which is considered one of the most prestigious short tracks in the country. Speedway Motorsports wants to run a Cup race at the Fairgrounds.

Last year, the track was site of the SRX finale in the debut season. Chase Elliott beat his Hall of Fame father, Bill, to win the race as Stewart closed out the championship.

Kenseth’s entire family — which includes two grandchildren from former driver Ross Kenseth, the only son out of Kenseth’s five children — will be at the track Saturday night for the first time.

Kenseth may legitimately not have cared about the record book while winning 39 Cup races and consistently racing for the championship. But when he learned he’d be inducted into the Hall of Fame early next year, Kenseth couldn’t help but sentimentalize a bit.

“Now is the time to where you kind of look back at what you accomplished in your professional career, look back and reflect some of the times and the moments and the people and the relationships,” Kenseth said. “It’s a little different than when you are in the middle of it; probably took it a little for granted.”