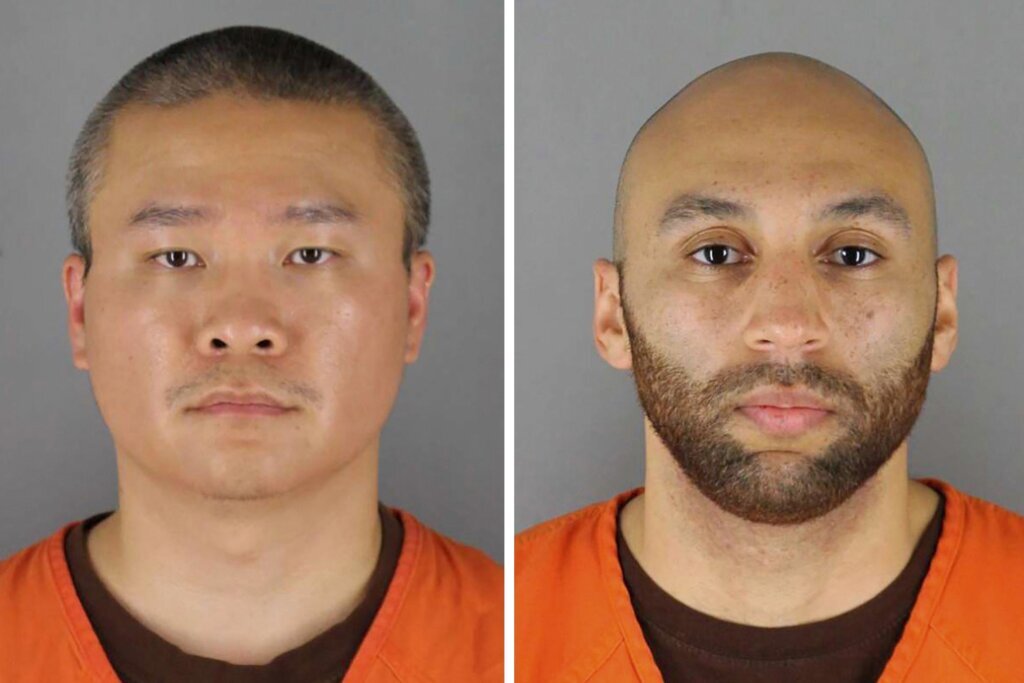 MINNEAPOLIS (AP) — The former Minneapolis police officer who kneeled on George Floyd’s back while another officer kneeled on the Black man’s neck is expected to be sentenced Friday to 3 1/2 years in prison for manslaughter.

J. Alexander Kueng pleaded guilty in October to a state count of aiding and abetting second-degree manslaughter. The plea came on the same day jury selection was set to begin in his trial. His guilty plea — along with another officer’s decision to let a judge decide his fate — averted what would have been the third long and painful trial over Floyd’s killing.

Floyd died on May 25, 2020, after former Officer Derek Chauvin kneeled on Floyd’s neck for 9 1/2 minutes as Floyd repeatedly said he couldn’t breathe and eventually went limp. The killing, which was recorded on video by a bystander, sparked worldwide protests as part of a broader reckoning over racial injustice.

Kueng kneeled on Floyd’s back during the restraint. Then-Officer Thomas Lane held Floyd’s legs and Tou Thao, also an officer at the time, kept bystanders from intervening. All of the officers were fired and faced state and federal charges.

Kueng, who is already serving a federal sentence for violating Floyd’s civil rights, will appear at Friday’s sentencing hearing via video from a low-security federal prison in Ohio. Kueng has the right to make a statement, but it’s not known if he will.

As part of his plea agreement, Kueng admitted that he held Floyd’s torso, that he knew from his experience and training that restraining a handcuffed person in a prone position created a substantial risk, and that the restraint of Floyd was unreasonable under the circumstances.

Kueng agreed to a state sentence of 3 1/2 years in prison, to be served at the same time as his federal sentence and in federal custody.

Kueng’s sentencing will bring the cases against all of the former officers a step closer to resolution, though the state case against Thao is still pending.

Thao previously told Judge Peter Cahill that it “would be lying” to plead guilty. In October, he agreed to what’s called a stipulated evidence trial on the aiding and abetting manslaughter count. As part of that process, his attorneys and prosecutors are working out agreed-upon evidence in his case and filing written closing arguments. Cahill will then decide whether he is guilty or not.

If Thao is convicted, the murder count — which carries a presumptive sentence of 12 1/2 years in prison — will be dropped.

Chauvin, who is white, was convicted of state murder and manslaughter charges last year and is serving 22 1/2 years in the state case. He also pleaded guilty to a federal charge of violating Floyd’s civil rights and was sentenced to 21 years. He is serving the sentences concurrently at the Federal Correctional Institution in Tucson, Arizona.

For more AP coverage of the killing of George Floyd: https://apnews.com/hub/death-of-george-floyd