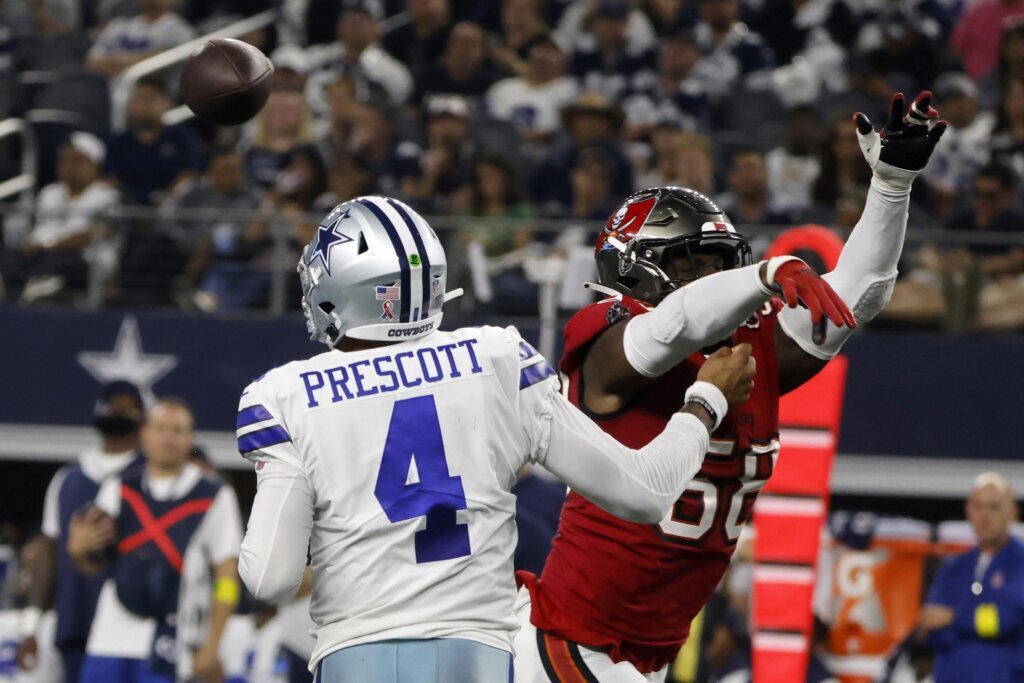 ARLINGTON, Texas (AP) — Dallas Cowboys quarterback Dak Prescott will need surgery for a fractured bone in his throwing hand sustained in the season opener and will miss multiple weeks.

The quarterback got hurt in the fourth quarter of the Cowboys’ 19-3 loss to the Tampa Bay Buccaneers on Sunday night. Prescott’s right hand made contact with rushing linebacker Shaquil Barrett when throwing a pass.

Prescott said he initially thought he had just jammed his hand, like he has many times before, but realized on the next play that he couldn’t grip the football.

After initially being checked on the sideline, he jogged to the locker room and had X-rays.

“I was told it was much cleaner than it could have been,” Prescott said, adding that he will see a doctor Monday and have surgery after that.

Cowboys owner Jerry Jones said the injury is above his thumb, and behind the joint, and he pointed to an area between his own thumb and wrist.

Prescott’s 2020 season ended in the fifth week because of a gruesome ankle injury. He returned last season to throw for 4,449 yards and 37 touchdowns as the Cowboys won the NFC East before losing their first-round playoff game at home.

The 29-year-old Prescott said he got into the best shape of his life going into this season, his seventh in the NFL.

When there appeared to be a setback in practice last week, Prescott blamed a change in cleats for soreness on his surgically repaired ankle.

Prescott and the Cowboys are dealing with a bigger issue now, after losing its season opener without scoring a touchdown.

“To be very candid with you, all of that takes a backseat to the fact that as we go forward here for the next few weeks, we’ll be going forward without Dak,” Jones said. “That’s foremost on my mind.”