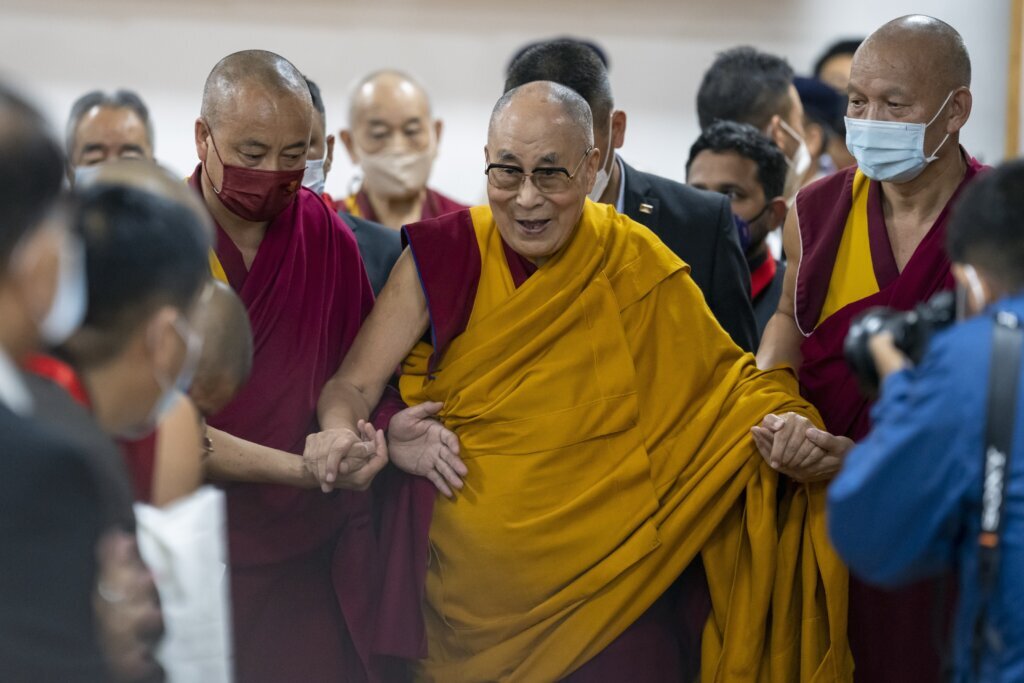 DHARMSALA, India (AP) — Tibetan spiritual leader the Dalai Lama marked his 87th birthday on Wednesday by inaugurating a library and museum in his hillside Indian headquarters.

He was cheered by a large number of followers, including American actor Richard Gere, a longtime disciple.

Hundreds of schoolchildren, monks and local residents prayed for the Dalai Lama’s health and life at Tsuglakhang Temple near his residence.

The Dalai Lama Library and Museum contain artifacts, his teachings, and books on his life and struggle for Tibetan autonomy and protection of its native Buddhist culture.

Indian Prime Minister Narendra Modi spoke to the Dalai Lama by phone and wished him well on his birthday.

“Conveyed 87th birthday greetings to His Holiness the @DalaiLama over phone earlier today. We pray for his long life and good health,” Modi said in a tweet.

This is the second time Modi has publicly confirmed speaking with the Dalai Lama since becoming prime minister in 2014. The acknowledgment is significant amid deteriorating ties between India and China, which doesn’t recognize the self-proclaimed Tibetan government-in-exile and accuses the Dalai Lama of seeking to separate Tibet from China.

The Dalai Lama has made the hillside town of Dharmsala his headquarters since fleeing from Tibet after a failed uprising against Chinese rule in 1959. India considers Tibet to be part of China, though it hosts Tibetan exiles.

The Dalai Lama denies being a separatist and says he only advocates substantial autonomy and protection of Tibet’s native Buddhist culture.