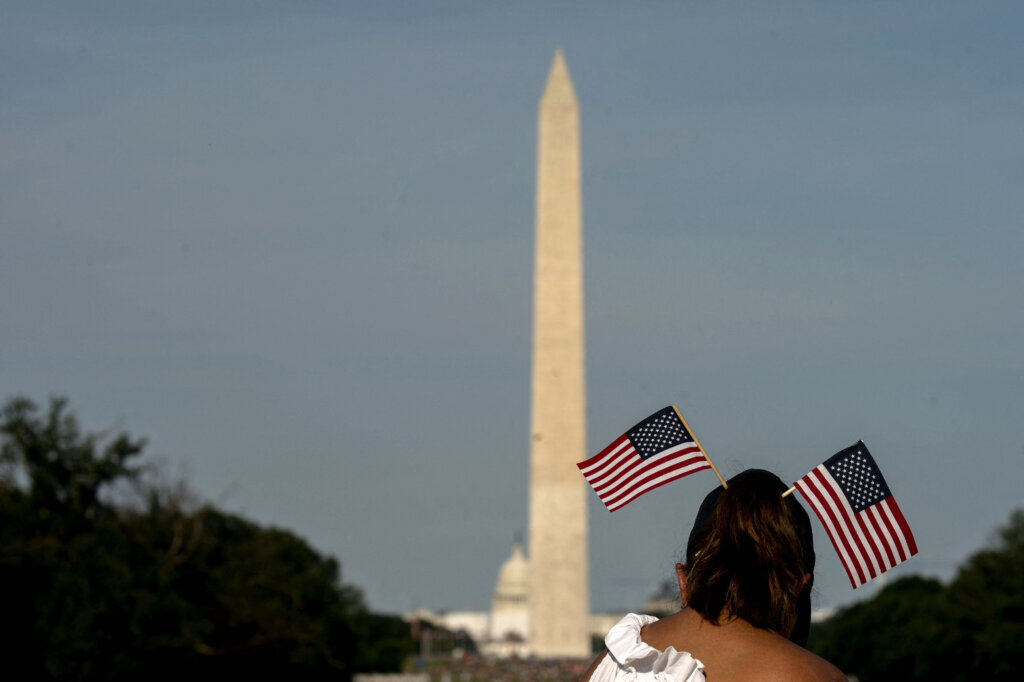 Another humid day, high temperatures and the possibility of afternoon thunderstorms for the D.C. region Tuesday.

Another day of humid conditions, high temperatures and the possibility of afternoon thunderstorms is in the forecast for the D.C. region on Tuesday. Here’s what you need to know.

Moisture in the atmosphere will create humid conditions to start the morning and continue through the afternoon. Because of the humidity, the air temperature will feel like it is over 100 degrees outside, Storm Team4 meteorologist Ryan Miller said.

“So be mindful if you’re spending time outside and then the heat,” Miller said. “Stay loose, [wear] light clothing and stay hydrated as well and take some breaks into the air conditioning.”

D.C. activated its Heat Emergency Plan and encouraged residents to stay indoors. People in D.C. could also head down to one of the District’s cooling centers.

Miller said temperatures would drop to 90 degrees on Wednesday, with a chance of thunderstorms entering the area via a passing cold front before the evening hours. However, the cold front will bring in cooler, less humid conditions for the rest of the week.

It’s looking more and more likely that DC will get cooler weather for the weekend. If Reagan National can get to 65° or lower, it will be the coolest morning, in the first half of August, in 5 years. Areas outside the beltway and away from the Bay will all be in the 50s Sat AM. pic.twitter.com/KNH5R9mPAq

Despite the cooler temperatures arriving later in the week, it isn’t expected to stay for long, Storm Team4 meteorologist Chuck Bell said.

Between one to four inches of rain fell in Prince George’s County, Maryland, on Monday, causing flooding on roadways. Flash flooding was reported in the Riverdale area, with rapidly rising water making the roads impassable, Miller said.

Two people were stuck in their cars and needed to be recused in the parking lot near the Crestwood Medical Building in Riverdale after flash flooding reached up to 5 inches, WTOP’s Kyle Cooper reported.

Why has the D.C. region experienced a recent surge of flooding problems?

“Well, you’ve got the combination of impervious surfaces, plus aging infrastructure, along with the occurrence of flash flooding increasing,” said WTOP traffic reporter Dave Dildine, a D.C. area native with over 12 years of road and weather reporting.

Storms that release inches of rain in a short period can cause flash flooding issues in any little dip or low spot in area streets.

Some fixes are in the works, Dildine said, including cleaning of storm drains prone to flooding and the new D.C. Water tunnel in the Bloomingdale area. However, residents play a role in remaining safe and should pay attention to flash flood warnings.

TUESDAY: Hot and humid with a heat index near 100. Strong afternoon storms possible. Highs in the low to mid-90s.

THURSDAY: Morning clouds and showers clearing by the afternoon, turning less humid. Highs in the 80s.