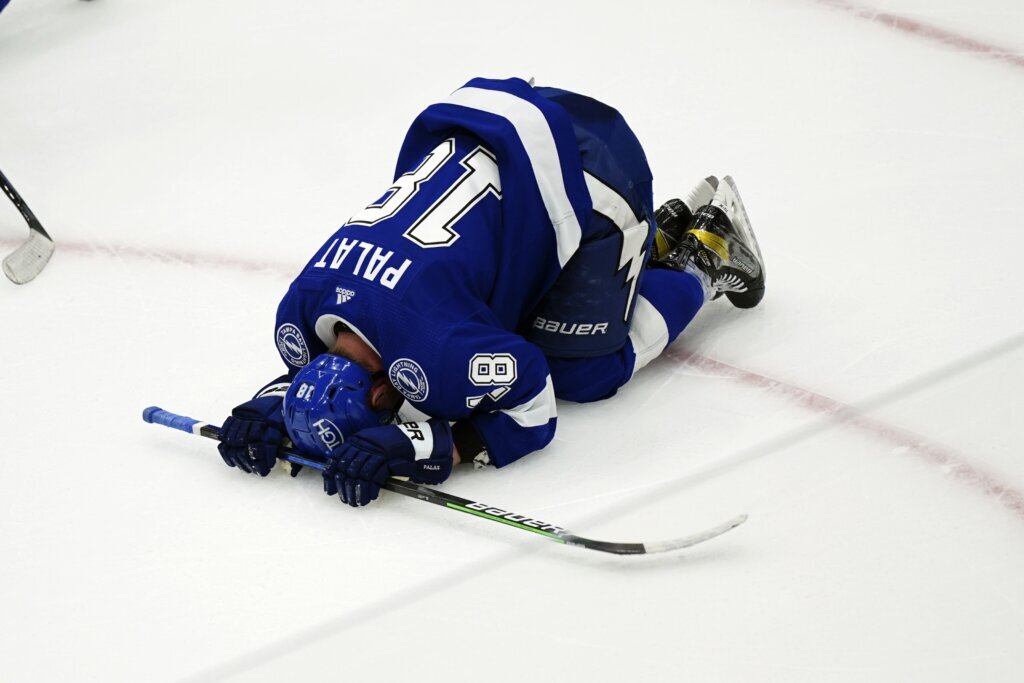 TAMPA, Fla. (AP) — The Tampa Bay Lightning didn’t relinquish their grip on the Stanley Cup without a fight. Andrei…

TAMPA, Fla. (AP) — The Tampa Bay Lightning didn’t relinquish their grip on the Stanley Cup without a fight.

Andrei Vasilevskiy rejected shot after shot, keeping the two-time defending champions’ quest for a threepeat alive. In the end, another superb performance by the star goaltender wasn’t enough to keep the Colorado Avalanche from wresting the title away.

The Lightning were 3-0 when facing possible elimination before Sunday night’s 2-1 loss in Game 6 stopped a bid to become the first team to win three consecutive Stanley Cup championships since the New York Islanders captured four in a row from 1980-83.

Steven Stamkos got them off to a fast start, scoring from in front of Darcy Kuemper less than four minutes into the game.

The Avalanche only got seven shots off in the opening period, but never stopped coming at Vasilevskiy, who finished with 28 saves, nine of them in the third period.

Nathan MacKinnon and Artturi Lehkonen scored for Colorado in the second, and the Lightning never recovered in falling to 2-6 when trailing after two period this postseason.

Coach Jon Cooper often marveled about the grit and determination of a team that resisted any temptation to rest on its laurels after winning back to back championships.

The Lightning defeated the Toronto Maple Leafs, Florida Panthers and New York Rangers on the way to this year’s final and had won 11 consecutive series before running into the speedy, ultra-talented Avalanche.

Despite Sunday night’s loss, there are plenty of reasons to believe Tampa Bay’s window for success isn’t closed, beginning with Vasilevskiy, Stamkos, Nikita Kucherov, Victor Hedman and Brayden Point, who missed most of this playoff run after leading the teams in goals scored each of the past two postseasons.