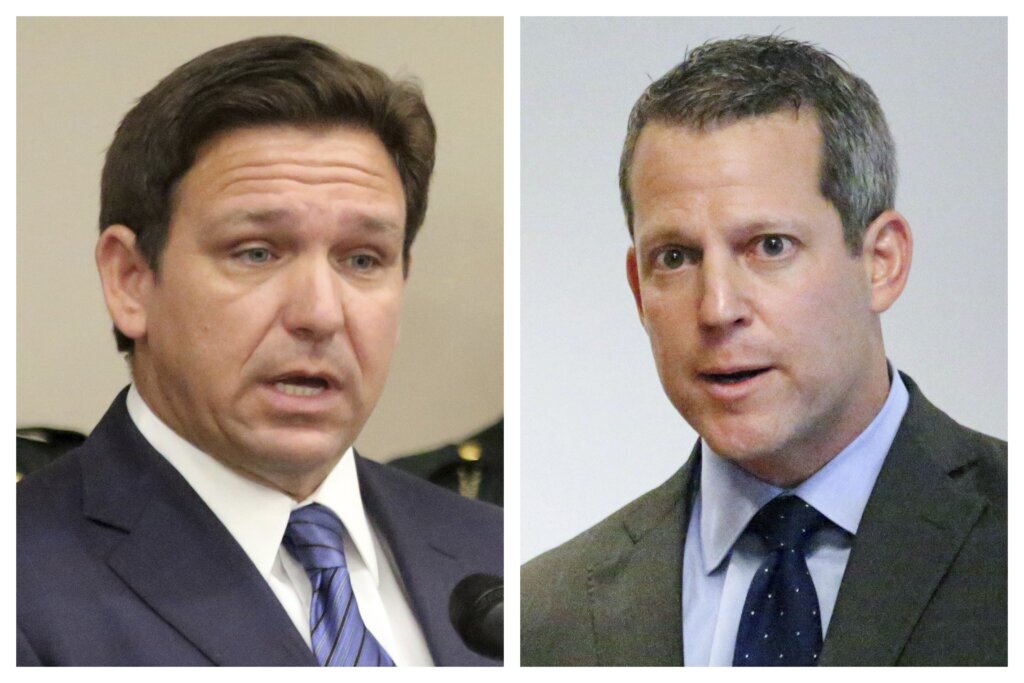 ST. PETERSBURG, Fla. (AP) — Florida Gov. Ron DeSantis wants a federal judge to throw out a free speech lawsuit filed by a Democratic prosecutor he suspended from office over statements about not pursuing criminal charges in abortion, transgender rights and certain low-level cases.

The Republican governor told U.S. District Judge Robert Hinkle of Tallahassee in a filing late Friday that Andrew Warren — removed last month as elected state attorney in Hillsborough County, which includes Tampa — cannot claim First Amendment protection for his comments on how he would handle these hot-button political issues.

“Mr. Warren had no First Amendment right, as a public official, to declare that he would not perform his duties under Florida law,” state Solicitor General Henry C, Whitaker wrote in the 39-page filing for DeSantis.

Warren, first elected in 2016 and re-elected in 2020, claimed in his lawsuit filed Aug. 17 that the governor is overturning the will of the people who put him in office and that his suspension is based solely on his statements and not on any actual prosecutorial decisions.

“This is a poor defense of an indefensible abuse of power. The fact that taxpayers continue to foot the bill for this makes it even more shameful,” Warren said in an email statement.

Hinkle has scheduled a Sept. 19 hearing in Tallahassee to hear arguments in the Warren lawsuit. The GOP-dominated state Senate, which has authority to affirm or rescind the prosecutor’s suspension, is holding off its proceedings until the court challenge is settled.

The case comes as DeSantis seeks re-election in November against Democrat Charlie Crist, who has made abortion rights a cornerstone of his campaign. DeSantis is also widely considered a candidate for the 2024 Republican presidential nomination.

When Warren was removed from office Aug. 4, DeSantis accused the prosecutor of incompetence and neglect of duty. The governor cited joint statements Warren signed with prosecutors across the country pledging not to prosecute people who seek, provide or support abortions or to criminalize gender-affirming health care or transgender people.

The governor also contended that Warren was improperly seeking to “pick and choose” which laws to enforce, such as a policy against going after some low-level crimes such those found when police stop a pedestrian or bicyclist — known locally as charges stemming from “biking while Black.”

In the dismissal motion, DeSantis argues that Warren has no justification to bring a free speech claim because he was not simply stating opinions but taking official prosecutorial positions — which Warren rejects — and that federal court is not the place to settle it.

DeSantis appointed former Hillsborough County Judge Susan Lopez to replace Warren as state attorney. She was previously appointed to the bench by DeSantis in 2021.

Warren has received support for his lawsuit through “friend of court” briefs filed by a number of legal scholars and by members of the state Constitution Revision Commission.