JAMES MADDISON has hit back at a Leicester fan after being accused of disrespecting the club.

The midfielder, 25, drew criticism from a supporter after he wished Wesley Fofana well on his move to Chelsea.

The Foxes fan slammed Fofana for jumping ship after being given a five-year contract, and suggested Maddison had disrespected the club and fans by sending the centre-back a good luck message.

Maddison was quick to respond and shot down the claim he had not been respectful.

He tweeted back: “Probably slightly harsh to question my respect for the club and fans just because I wished a teammate and friend of 2 years good luck at their new club😂.

“I understand the frustration but if a player desperately wants to leave, it’s probably best for all parties to let them.” 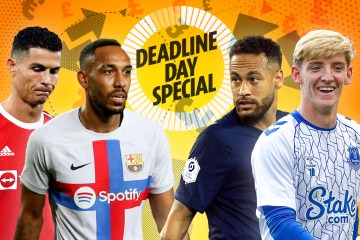 After Fofana sealed his £70million switch to Chelsea Maddison sent a message to the Nigeria international.

It read: “Good luck on your new chapter little bro!! Pleasure to play with you and share a changing room with you. A good friend and a Rolls Royce of a centre-half.”

Some Leicester fans are not happy with the manner in which Fofana has left the club, particularly as he was given a long-term deal after breaking his leg last summer.

And Fofana likely annoyed fans further by aiming a cheeky dig at manager Brendan Rodgers in his departing message.

He said: “I chose not to communicate during this transfer window despite all the criticism and all the often false and misleading comments, even when they were coming from the club.

“I understood and I learned. I didn’t want to damage the institution and I chose to take it rather than answer.

“I thank Top [the owner] for his understanding, thanks to the managers, to the coach who has always appreciated me, even if he chose to expose me a lot lately… I got it coach.”

Fofana added: “There were ups and downs but I never cheated, you can be sure of that.”