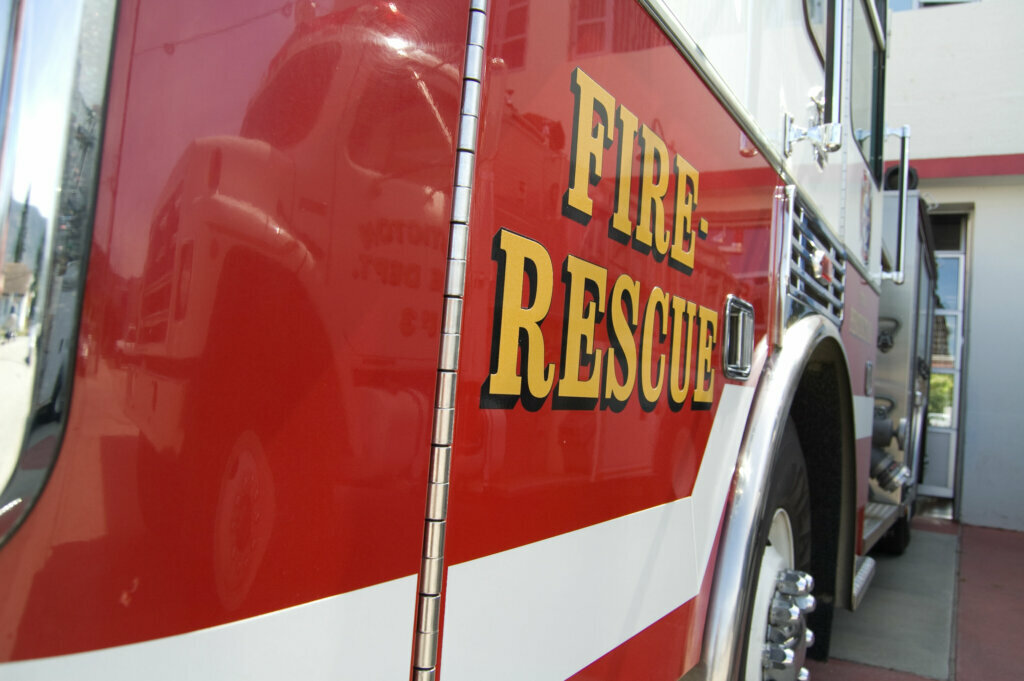 A woman was flown to the hospital Saturday after being rescued from a two-alarm townhouse fire in Dumfries, Virginia, according to authorities.

A woman was flown to the hospital Saturday after being rescued from a two-alarm house fire in Dumfries, Virginia, according to authorities.

Prince William County Fire and Rescue said its crews were dispatched for a person trapped inside a townhouse that was ablaze in the 3600 block of Dahlgren Place shortly before 7:30 a.m. Saturday.

Responders observed that an active fire was in the basement once at the scene, and heavy smoke had permeated the first and second floors.

The woman was sheltering in an upstairs bedroom. Firefighters were able to reach the woman and then remove her from the house using an aerial ladder.

Fire officials said the woman had serious injuries. A helicopter took her to a regional burn center for treatment.

Four other adults were displaced as a result of the fire. The house itself suffered moderate damage, and a neighboring unit was also minimally damaged.

The cause of the fire is under investigation.