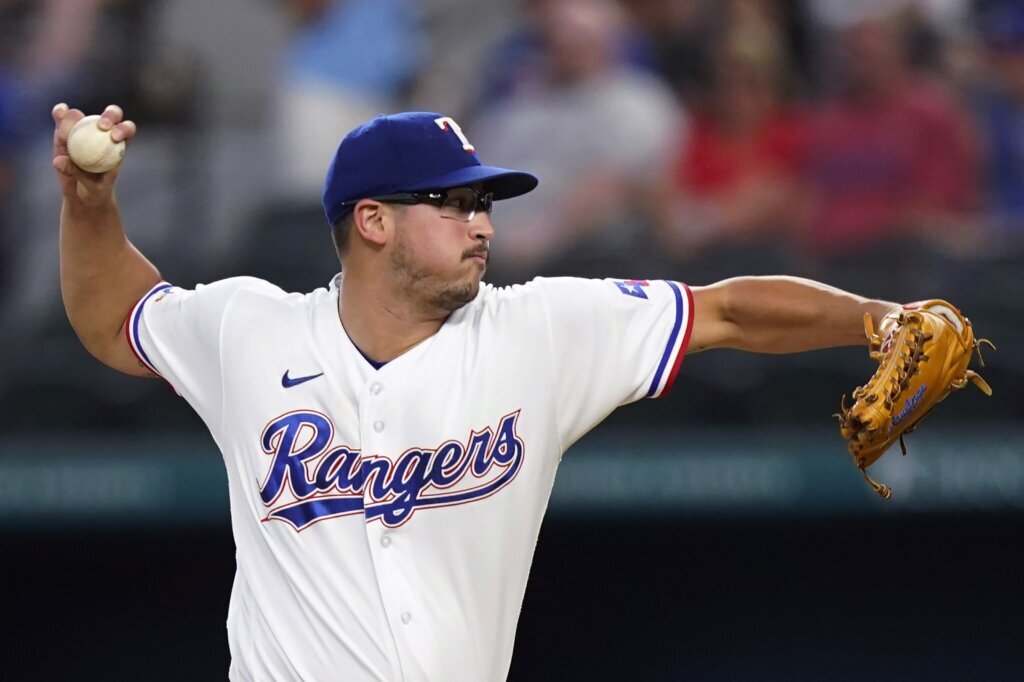 ARLINGTON, Texas (AP) — Dane Dunning allowed one hit in seven dominant innings against his former team for his first…

ARLINGTON, Texas (AP) — Dane Dunning allowed one hit in seven dominant innings against his former team for his first win since April, and Adolis García drove in five runs as the Texas Rangers shut out the Chicago White Sox 8-0 on Saturday night.

Dunning (2-6) struck out six and walked one, winning for the first time in 16 starts since a 3-1 victory April 30 over Atlanta. Chicago traded the right-hander to Texas in a December 2020 deal for pitcher Lance Lynn.

Dunning had something to prove against his old club.

“It was just emotional for me. I felt just as nervous as much as I was at my debut,” he said. “It went away as soon as I stepped on the mound. I tried to slow myself down a little bit.”

The game was scoreless until Ezequiel Duran hit Michael Kopech’s first pitch of the third into the Rangers’ bullpen in right-center for a home run. With two outs, two walks and a single by Corey Seager loaded the bases for García. He lined a 3-1 pitch for a two-run single and a 3-0 lead.

Kopech (4-8) got out of the third with a groundout by Leody Taveras on the 38th pitch of the inning.

García added a three-run double in the seventh, equaling a career high with his fifth five-RBI game — all at home.

The bespectacled Dunning is 2-1 at home this season. His win over Chicago was the seventh of his career at Globe Life Field, tied for the most by any pitcher with Jordan Lyles, whose seventh win at the stadium came four days earlier when the Orioles beat the Rangers 8-2.

Texas had won only one of Dunning’s previous 12 starts, but he was the losing pitcher in just four of those.

Rangers manager Chris Woodward pointed to how Dunning prepared himself mentally while on the 15-day injured list with a right ankle impingement in July.

“He’s a competitor. It him him hard,” Woodward said.

“When I was on the IL, I used that time to reflect and be able to see mechanically what I was doing wrong. I’d had a loss of power and location as well,” he said. “I wanted to be stronger with my front half and to ride down the mound better.”

On this night, Dunning got 12 outs on the ground and only three in the air. He threw a career-high 103 pitches.

Texas had given Dunning just 3.45 runs of support per nine innings over the last two seasons, second-lowest in the majors to Miami ace Sandy Alcantara (3.24).

Kopech was removed with two runners on and one out in the fourth. One scored on a wild pitch by reliever Jose Ruiz.

White Sox: RHP Reynaldo Lopez (lower back strain) threw a simulated game. “He was in command of it,” manager Tony La Russa said. Lopez is expected to come off the 15-day injured list on the first day he’s eligible for Tuesday’s doubleheader at Kansas City.

Rangers: RHP Joe Barlow (blister on index finger) made his second rehab appearance at Double-A Frisco. He matched his first game Wednesday, allowing only one walk in 1 2/3 innings.

To end the bottom of the eighth, Rangers left fielder Josh Smith had words with Grandal, the White Sox catcher, after Smith struck out.

“Hit his glove with a swing, and maybe he did it before that,” Woodward said.

White Sox: RHP Lucas Giolito (7-6, 5.06 ERA) pitches the finale of the four-game series Sunday. He is 2-0 in four career starts against the Rangers.

IND vs WI Live Streaming Details- When And Where To Watch India vs West Indies Live In Your Country? India Tour Of West Indies 2022, 5th T20I