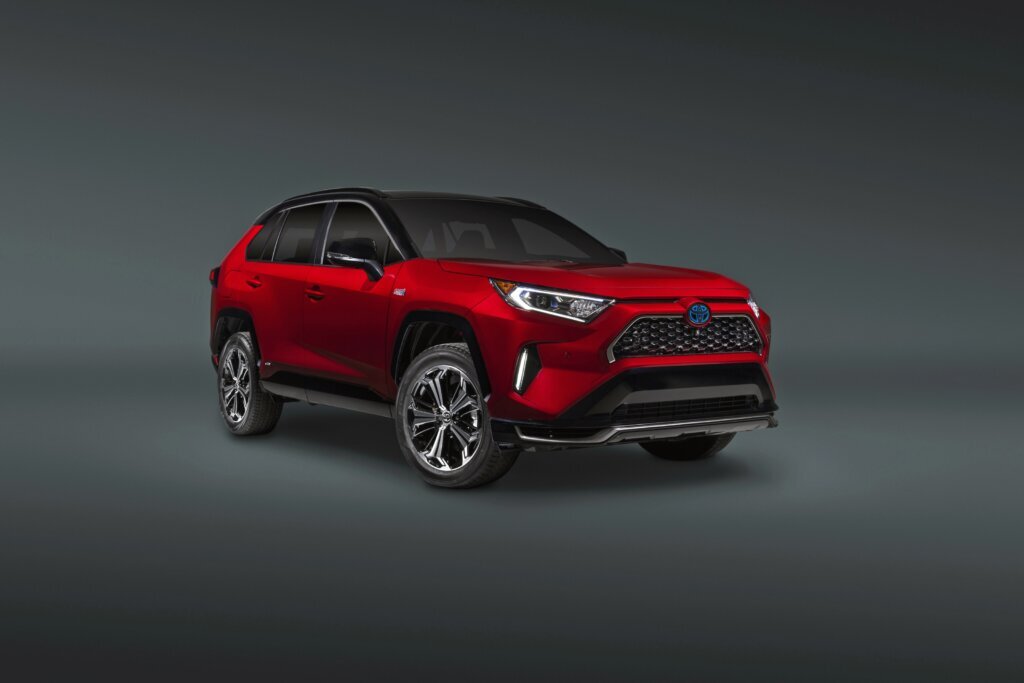 Since its debut for the 2021 model year, the Toyota RAV4 Prime has served as a benchmark for what a…

Since its debut for the 2021 model year, the Toyota RAV4 Prime has served as a benchmark for what a small SUV with a plug-in hybrid powertrain can be. It’s efficient, fast and nearly as practical as a regular RAV4. But now SUV shoppers have another choice to consider: the Hyundai Tucson PHEV. It too offers improved performance and efficiency over the standard gas-only Tucson.

Both models are ideal for SUV shoppers looking to dip their toes into the electric vehicle waters before fully diving in. A plug-in hybrid electric vehicle, or PHEV, allows you to sample what it’s like to drive and charge an electric car, without any of the fears of being left stranded. They can drive short distances on electric power and then later switch seamlessly to gasoline power.

So which plug-in SUV is the best bang for your buck? The experts at Edmunds compared the RAV4 Prime and Tucson PHEV to find out which is the better buy.

The Toyota RAV4 Prime has standard all-wheel drive and a plug-in hybrid powertrain that produces an impressive 302 horsepower. The Hyundai Tucson Plug-in also has standard all-wheel drive but less total power: 261 ponies. This deficit showed up at the Edmunds test track where the RAV4 Prime was able to sprint from 0 to 60 mph in a brisk 5.6 seconds, a whole 2 seconds ahead of the Tucson Plug-in’s 7.6-second time.

Unfortunately, the Toyota’s performance credentials end with its acceleration, as it lacks any semblance of athletic handling ability. Edmunds noted that the Tucson PHEV is more responsive and relatively nimble for an SUV.

The RAV4 Prime boasts an EPA-estimated all-electric range of 42 miles and then 38 mpg in combined city/highway driving once it switches over to regular hybrid operation. The Tucson Plug-in is slightly less of a fuel miser but still relatively efficient. The Hyundai can travel up to 33 miles on battery power alone and gets 35 mpg combined, according to the EPA. On Edmunds’ real-world testing route, a RAV4 Prime managed to drive 48 miles in EV mode, beating its EPA estimate by 6 miles. The Tucson plug-in came in just below its battery-only estimate at 29 miles.

You won’t be disappointed with either plug-in hybrid SUV If you’re looking for a comfortable, modern cabin to relax in on your drive. Both the RAV4 Prime and Tucson Plug-in are spacious and loaded with technology. The Toyota’s interior design is more conventional, with a traditional-looking dashboard and free-standing touchscreen perched atop the center stack. The Tucson’s design is a little more adventurous, with a contoured dash that flows into the door panels, a wide integrated central screen and a unique horizontal-spoke steering wheel.

Both electrified SUVs feature Apple CarPlay and Android Auto smartphone connectivity as standard, but only the Hyundai can connect to your phone wirelessly. However, you lose wireless capability when you upgrade to the larger 10.25-inch touchscreen. While the Tucson’s central media and climate control panel looks sleek with its touch-sensitive buttons, it can be difficult to navigate without taking your eyes off the road. That’s less of a problem in the RAV4 since it uses mostly physical buttons and knobs for its controls.

It’s a close race, but the Tucson takes the win by a hair for its slightly better user experience and more generous standard features list.

Like most other Hyundais, the Tucson Plug-in is positioned as a value player among its competition. As such, its starting price of $36,695 with destination charge undercuts the RAV4 Prime by around $4,900. For that lower price, you get the same standard advanced safety features as the RAV4, including forward collision mitigation, lane keeping assistance, blind-spot warning and adaptive cruise control, plus a few extras like safe exit assist and driver attention warning.

Since both vehicles are not built in North America, they no longer currently qualify for the federal tax credit due to a final assembly requirement mandated by the Inflation Reduction Act. It’s also worth noting that both plug-in hybrid SUVs have months-long wait lists, so if you want one now, you may have to pay a hefty dealer markup.

EDMUNDS SAYS: These two PHEVs are closely matched. The RAV4 is likely the best choice for shoppers wanting maximum EV range, but the Hyundai Tucson Plug-in’s lower price, better tech and comparable space make it the better choice for most EV-curious car shoppers.

This story was provided to The Associated Press by the automotive website Edmunds.

Alex Nishimoto is a contributor at Edmunds.