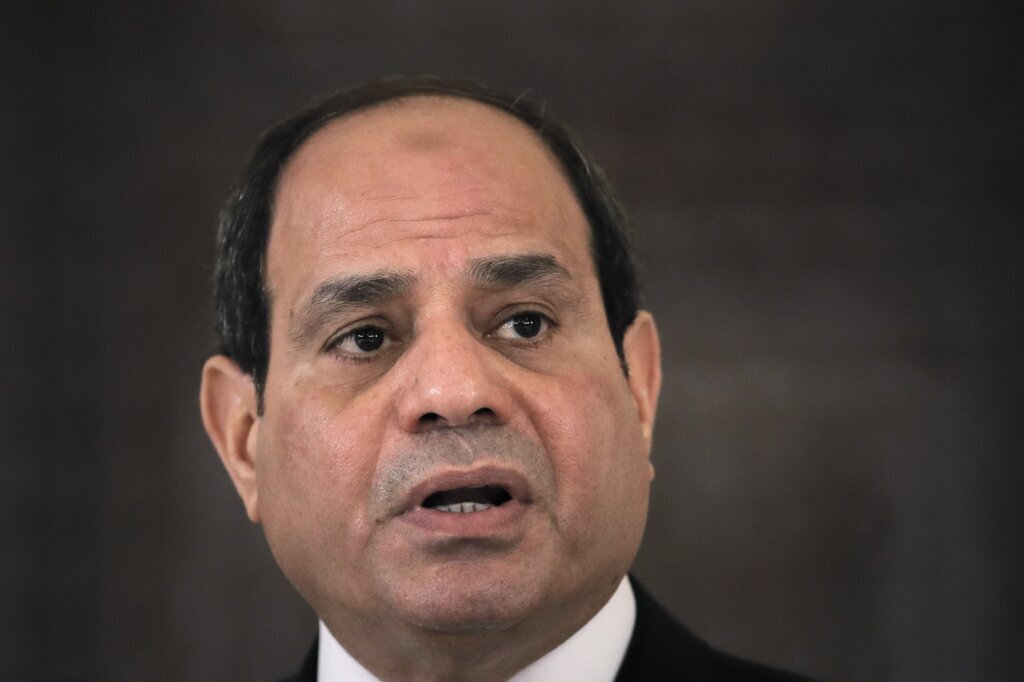 The Cabinet shake-up, which was approved by parliament in an emergency session, affected 13 portfolios, including health, education, culture, local development and irrigation ministries.

Also included in the reshuffle was the tourism portfolio, a key job at a time when Egypt is struggling to revive the lucrative sector decimated by years of turmoil, the pandemic and most recently the war in Europe.

The president said in a Facebook post that the changes aimed at “developing the governmental performance in some important files … which contribute to protecting the state’s interests and capabilities.”

Hani Sweilam, professor of water resources management at Germany’s RWTH Aachen University, was named as Irrigation Minister. He replaced Mohammed Abdel-Aty who oversaw years of technical negations with Ethiopia over its controversial dam on the Nile River’s main tributary.

The new ministers are expected to be sworn in by el-Sissi later Saturday or early Sunday.

The changes, however, didn’t affect key ministries including foreign, finance, defense and the interior, which is responsible for the police force.

Lawmaker Abdel-Monem Emam of the opposition Justice Party criticized the reshuffle as “disappointing.” He said he hoped that the government’s economic team included in the changes.

“What we – and the Egyptian street— were waiting for was changes in policies not persons,” he wrote on Facebook.

Egypt’s economy has been hard hit by the coronavirus pandemic and the ongoing war in Ukraine, which rattled global markets and hiked oil and food prices across the world.

Egypt is the world’s largest wheat importer, most of which came from Russia and Ukraine. The country’s supply is subject to price changes on the international market.

The government has held talks in recent months with the International Monetary Fund for a new loan to support its reform program and to help address challenges caused by the war in Europe. The government has received pledges from wealthy Arab Gulf nations for billions of dollars in investments, some of which are for private industry.

Egyptians’ food and energy bills have soared, adding to the burden of poor and middle-class people who already bore the brunt of a 2016 reform program. That program, agreed on with the IMF, included painful austerity measures which sparked a steep rise in the price of basic and key commodities as well as services.

A recent devaluation of the Egyptian pound, which already lost half of its value in 2016, caused new hikes in prices of food and other commodities.

The annual inflation rate for July was at 14.6%, more than double the same month last year when it recorded 6.1%, according to official statistics bureau.