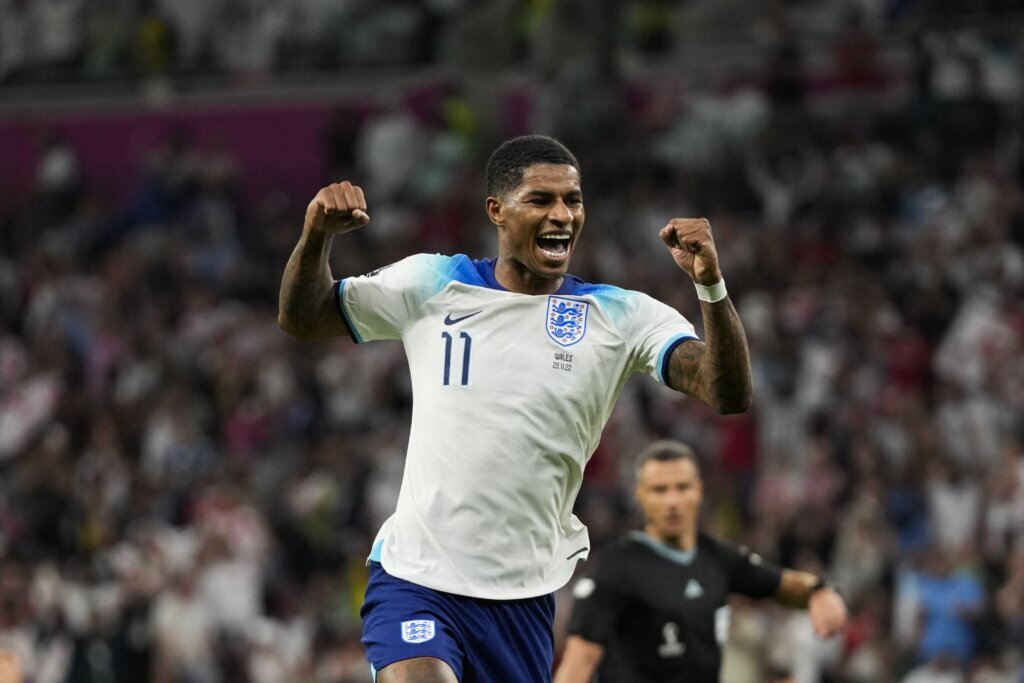 AL RAYYAN, Qatar (AP) — Marcus Rashford and Phil Foden got their chance and made their point. Rashford scored twice…

AL RAYYAN, Qatar (AP) — Marcus Rashford and Phil Foden got their chance and made their point.

Rashford scored twice and Foden added the other as England changed up its attack and beat Wales 3-0 Tuesday at the World Cup to advance to the round of 16 at the top of Group B.

“Moments like this, this is what I play football for. The biggest moments, the best moments,” said Rashford, who came off the bench in the first two matches in Qatar. “I’m happy we are going through to the next round of the tournament because I have massive ambitions for this team and I think we can play even better than we did today.”

England will next face Senegal in the round of 16 on Sunday.

Both Rashford and Foden had come on as substitutes in the opening win over Iran, and Rashford did so again in the match against the United States, which ended in a 0-0 draw.

On Tuesday, England coach Gareth Southgate opted to drop Bukayo Saka and Raheem Sterling to the bench and give Rashford and Foden a chance from the start.

“We were a little bit disappointed after the USA result,” said Rashford, who also scored in the 6-2 win over Iran. “I thought we could’ve played a lot better and it was important to have a good performance the next game.”

England had the game wrapped up just after halftime with Rashford scoring from a free kick in the 50th minute and Foden adding another in the 51st. Rashford got his second after a weaving run in the box in the 68th.

Wales captain Gareth Bale was forced off at halftime with an injury.

James Robson is at https://twitter.com/jamesalanrobson