ENGLAND fans were left fuming after watching their side suffer a dismal defeat to Italy.

That’s because Channel 4 cut away from their post-match interview with Gareth Southgate to instead air GOGGLEBOX.

The Three Lions put in another shoddy performance as their winless run extended to five matches.

And the result condemned England to relegation in Nations League A, setting up a horror draw for Euro 2024. 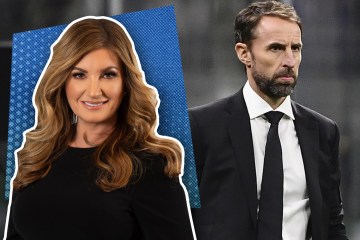 With the World Cup on the horizon, supporters wanted to know what his thoughts on the performance were.

But just before Southgate was due to speak, Nations League broadcaster Channel 4 ended their football programme.

And they instead booted up an episode of reality TV show Gogglebox.

England fans who had been waiting for answers from Southgate were left fuming.

Many blasted Channel 4 for the bizarre decision to cut away from the Three Lions gaffer.

And it means that Monday’s dead rubber against Germany will be the final time fans can hear Southgate’s thoughts before the World Cup boots up in November.

One tweeted: “Pretty stunned Channel 4 don’t have a post-game interview with Southgate. So many questions after that.”

Another boomed: “Channel 4 not showing Southgate’s post-match interview until gone midnight because they’ve got to show Gogglebox?

“Put it back on the BBC where it belongs ffs.”

One yelled: “Just when you don’t think it could get worse, Channel 4 don’t show us the interview with Southgate.

“We’ve got to go straight to people stroking their dogs and eating muffins in front of the TV.”

Another cried: “Finishing before any interview with Southgate having to talk live about that dire match, purely for Gogglebox, is nothing short of a disgrace.”