ENGLAND’s heroic Lionesses host USA at Wembley tonight in nothing short of a mammoth clash.

All eyes will be on the mouth-watering friendly as England return to the sold-out stadium for the first time since their Euro 2022 triumph to face the World Champions.

England boss Sarinna Wiegman said: “The challenge of facing the world champions is one we look forward to and it is another tough fixture to measure our progress as we look to continue to make the next step forward.

“We are so excited to be able to go back to Wembley after our incredible experience in July.

“It will be a special evening and a great celebration for our fans, but we also know it will be a challenging game against very strong opposition.

“We are working hard towards next summer and this will help us understand where we are in our preparation.”

England then face Czech Republic at Brighton on Tuesday night as they continue to gear up for the World Cup in Australia and New Zealand next year. 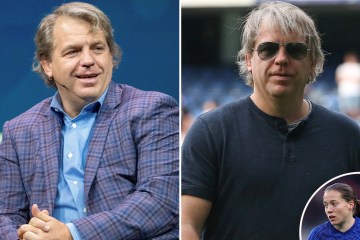 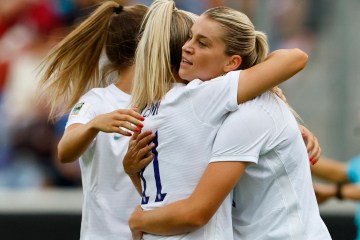 When is England vs USA?

The match kicks off at 8pm UK time.

Wembley Stadium is long sold out for the match.

What live stream and TV channel is England vs USA on?

England vs USA will be broadcast live on ITV 1.

And the game will be live streamed on the ITV Hub.

ITV’s coverage gets underway from 7.30pm.

Is England vs USA FREE?

Yes, ITV is FREE to air for those in the UK.

Wiegmann named squad for the upcoming clashes against USA and Czech Republic, including a call up for Man City loanee Jess Park who has been lighting up the WSL for Everton.

Though Lionesses captain Leah Williamson and striker Alessia Russo have had to drop out due to injuries.