FOOTBALL pundit Jamie Redknapp has told how an England star’s fiancée came to his rescue after his baby soiled a toilet.

The ex-Liverpool star, 49, was flying to the Maldives when Raphael needed a nappy change.

Jamie recalled: “I get into the cubicle and I get more than I bargained for.

“It was like an explosion in a Nutella office. It is everywhere.

“And now I’m looking at it thinking, ‘I’m not equipped for this.’”

BA attendant Georgina Irwin, 26, proposed to by Arsenal goalkeeper Aaron Ramsdale last month, knocked on the door “and saves the day”, he said. 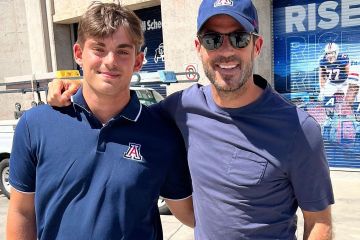 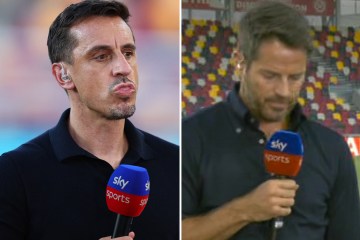 Jamie said he felt like “dad of the year” when he emerged.

But he told Sky Max show A League of Their Own: “Georgina touches me on the side and says, ‘You’ve got poo in your ear, Jamie.’”

Her fiancé Aaron spelled out “Marry Me?” in huge letters across their hotel room during a romantic break.

India Women vs Malaysia Women Match Prediction- Who Will Win The…