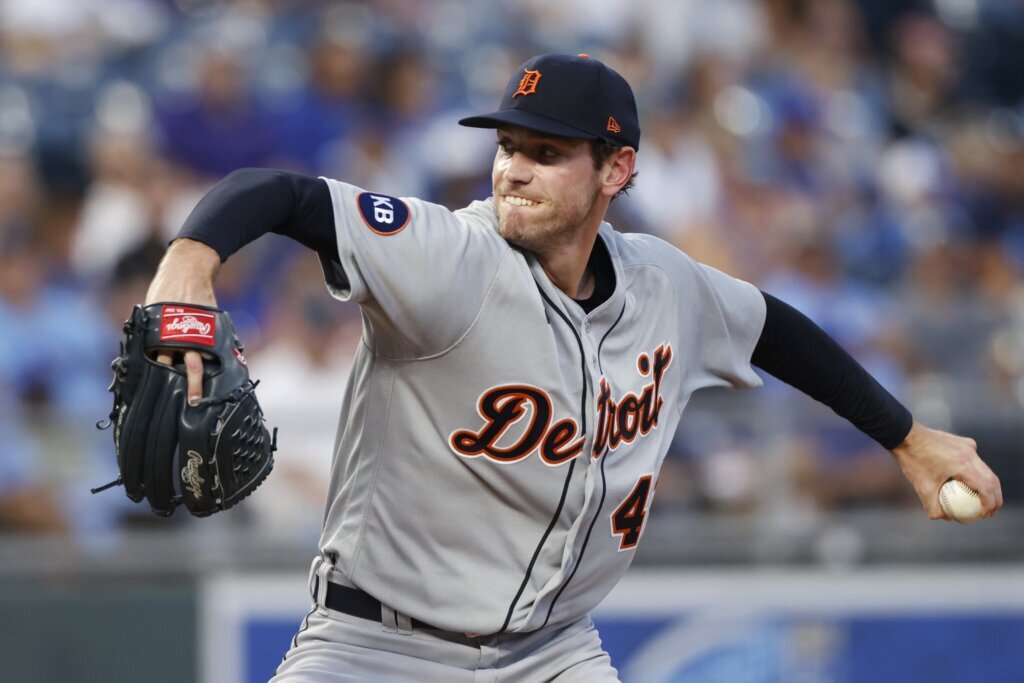 Haase opened the second inning by blasting Daniel Lynch’s second pitch 444 feet to the seats above the left-field fountains for his seventh consecutive hit.

One out later, Candelario hammered his team-leading 13th homer of the season 445 feet deep to left for a 4-0 lead.

Haase added another shot to left-center in the sixth, his 12th homner of the year and fifth career multi-homer game. He added a two-out RBI double in the eighth.

Kansas City-area product Joey Wentz (1-1), who was recalled from Toledo on Thursday, allowed only a pair of two-out hits in 6 2/3 shutout innings for his first major league victory. He struck out five with walked one.

Candelario, Haase and Spencer Torkelson each had three hits as Detroit out-hit Kansas City 17-6. The Tigers had multiple baserunners in every inning except the first and seventh.