ERIK TEN HAG reckons he has convinced Cristiano Ronaldo to buy into his new era at Old Trafford.

SunSport revealed on Tuesday that Manchester United were hopeful their wantaway star would make a U-turn following a club-record £206.7million summer transfer spree.

And asked if he had met with Ron, Ten Hag said: “Several times, yes. We are all on one page.

“From the start we said we planned with him.

“We are happy with him, he’s happy to be here and we want to make the season a success together.” 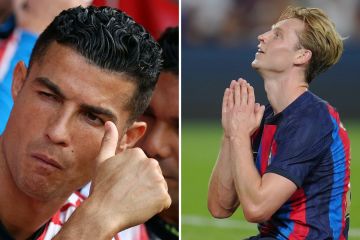 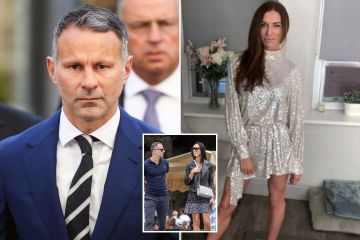 A number of players wanted rid of him as they believed he was affecting the spirit in the camp.

But with no bids for the Portuguese and the transfer window closing at 11pm on Thursday night, the only real option was to try to work together.

Ronaldo has been out of the starting line-up for the last two games against Liverpool and Southampton.

Ten Hag has opted for a front three of Anthony Elanga, Marcus Rashford and Jadon Sancho.

But he could return to the starting line-up for this evening’s trip to Leicester with Anthony Martial still suffering from an Achilles injury.

Ten Hag added: “He will fit in because… I don’t have to explain.

“He is a great player. He will fit in every system or every style.”

Ronaldo has featured in all four top-flight games this term, though he is yet to find the back of the net.