Ethics board keeps ‘action’ secret on complaint against Noem 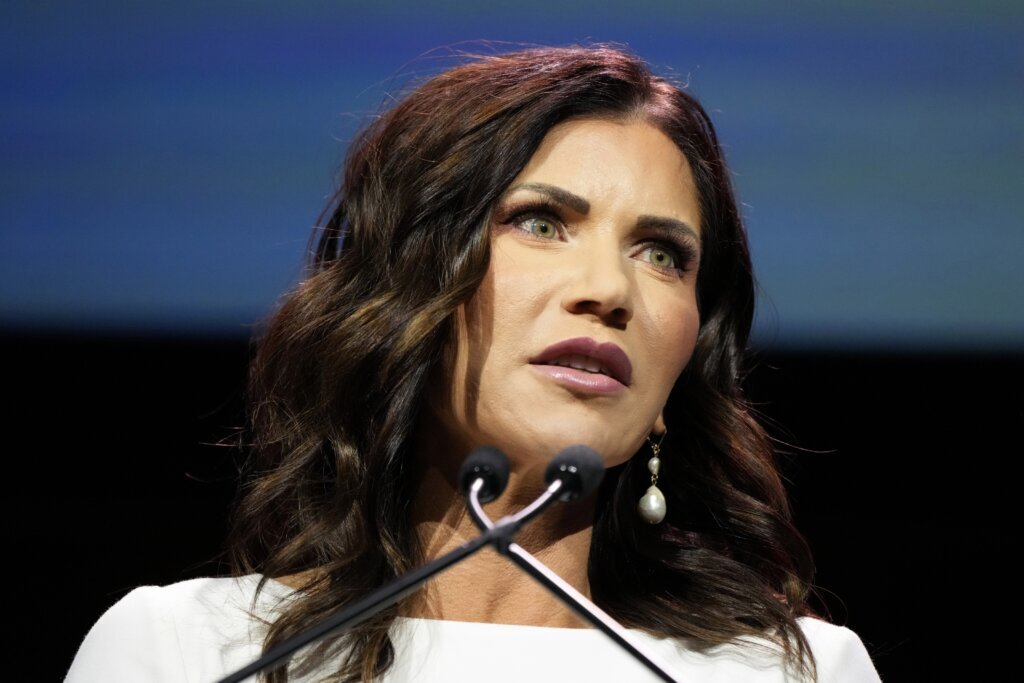 SIOUX FALLS, S.D. (AP) — South Dakota’s ethics board won’t publicly disclose the “appropriate action” it took after finding evidence Gov. Kristi Noem intervened with a state agency to influence her daughter’s application for a real estate appraiser license, a lawyer for the board told The Associated Press.

The state’s Government Accountability Board was created to provide a check on any misconduct by state officials, and the question of whether to discipline the Republican governor presented its first major test.

A lawyer hired by the board, Mark Haigh, responded to an open records request by telling the AP this week that the board’s response would remain “confidential.”

The board’s three retired judges considering the complaint voted unanimously last month to find that there was evidence that Noem, who is considered a potential 2024 White House contender, engaged in a conflict of interest and malfeasance when she held a meeting in July 2020 that included her daughter, Kassidy Peters, and key decision-makers in Peters’ licensure just days after the agency had moved to deny her a license. After the meeting, Peters got another opportunity to demonstrate she could meet federal standards and was ultimately awarded the license.

But the board appeared to let Noem decide whether to defend herself in a public hearing, known as a contested case hearing, or simply accept the “appropriate action” and let the matter quietly die. As a deadline passed last week to contest the board’s finding, Noem stayed silent, and the board’s lawyer says the case remains closed.

“This all looks like, frankly, an ethics board trying to engage in a cover-up,” said Kathleen Clark, a law professor who specializes in government ethics at the Washington University in St. Louis School of Law.

After reviewing the board’s statutes, Clark pointed out that South Dakota law says the board “shall” conduct a contested case hearing if the board members vote that there is enough evidence to believe an official engaged in misconduct. That vote then triggers a statute that makes the board’s files open to the public.

“This appears to be an end-run around the required transparency and disclosure,” Clark added.

Board members either did not respond to a request for comment on their action or declined to comment on Tuesday. The board’s attorney has previously said it “fully complied” with all the requirements of the law.

The board, which deliberated over the complaints for nearly a year in a series of closed-door meetings, has never handled such a high-profile case since its inception in 2017. It has navigated untested laws that could not anticipate the context around the complaint: Jason Ravnsborg, who was facing pressure from Noem to resign as attorney general for his conduct in a fatal car crash, announced he was filing the complaint to the board shortly after the AP reported on Noem’s hands-on role in her daughter’s licensure.

The South Dakota Legislature’s audit committee, controlled by Republicans, also unanimously approved a report in May that found Noem’s daughter got preferential treatment.

Board members have previously said the laws governing it are not clearly laid out.

Karen Soli, a former Democratic state lawmaker who helped create the board, suggested that the board is supposed to have some discretion, describing it as “a quiet, behind-the-scenes way to let someone know that they were doing something wrong in state government.”

The board is allowed under the law to issue a private reprimand. But the statute says it may take that action at the conclusion of a contested case hearing and after it has determined, by a majority vote, that there has been misconduct.

John Pelissero, a scholar at the Markkula Center for Applied Ethics at Santa Clara University, said it was best practice for ethics boards “to be as transparent as possible” once they take action.

Across states and local governments, ethics boards follow a variety of procedures, he said, but added: “Most announce the final actions to the public.”