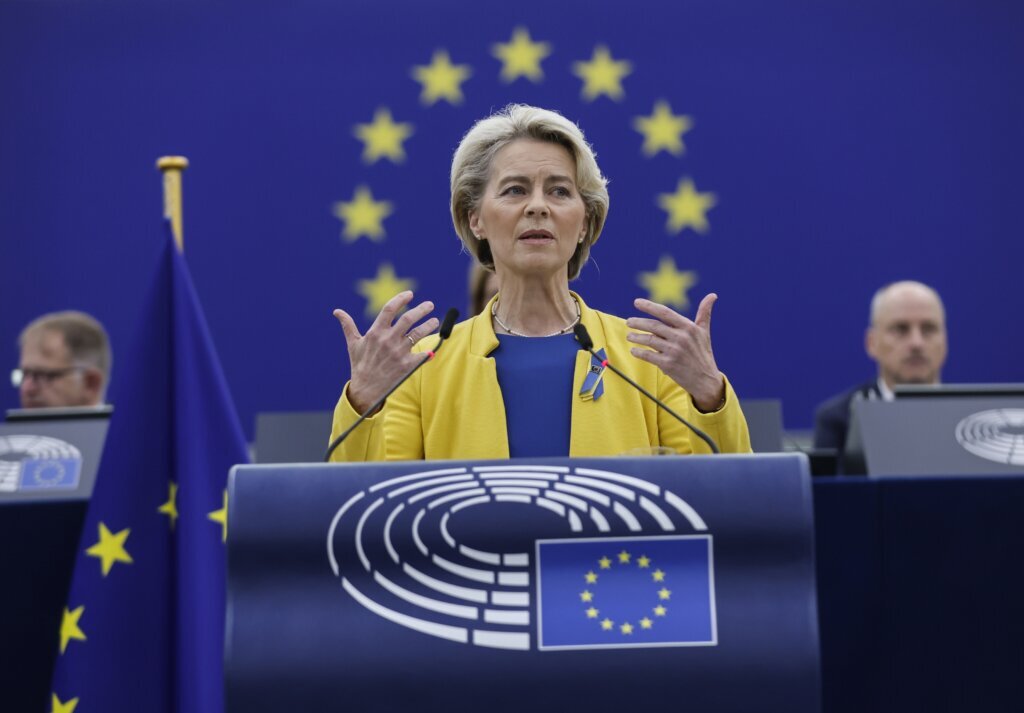 BRUSSELS (AP) — A top European Union official unveiled Wednesday a plan to cap the revenues of electricity producing companies that are making extraordinary profits due to the war in Ukraine and climate change, saying the proposal could raise $140 billion to help people hit by spiraling energy prices.

“In our social market economy, profits are OK, they are good. But in these times it is wrong to receive extraordinary record revenues and profits benefitting from war and on the back of consumers. In these times, profits must be shared and channeled to those who need it the most,” she said.

“Our proposal will raise more than 140 billion euros ($140 billion) for member states to cushion the blow directly,” von der Leyen said in a “State of the European Union” address to the EU assembly.

With winter approaching, the 27 EU member countries are struggling to contain an energy crisis that could lead to rolling blackouts, shuttered factories and a deep recession. Russia has already cut gas supplies partially or entirely to 13 member countries.

Europe has also been hit by a drought said by experts to be the worst in 500 years.

Von der Leyen, dressed in a blue top and yellow jacket in Ukraine’s national colors, also said that the 27-nation bloc’s electricity market must be reformed to properly tackle the energy-price hike crisis that is hurting European businesses and households.

She said that a “deep and comprehensive reform of the electricity market” is required to reduce the influence of natural gas on the way that prices are set. Natural gas is used to power industry, heat homes and offices, and generate electricity.

Even before Russia started its war against Ukraine, many EU member states had been calling for a thorough and structural reform of the bloc’s energy market because they believe that the influence of gas in setting wholesale electricity prices is disproportionate.

She also announced that she would be traveling to Kyiv later on Wednesday.

Raf Casert in Brussels contributed to this report.