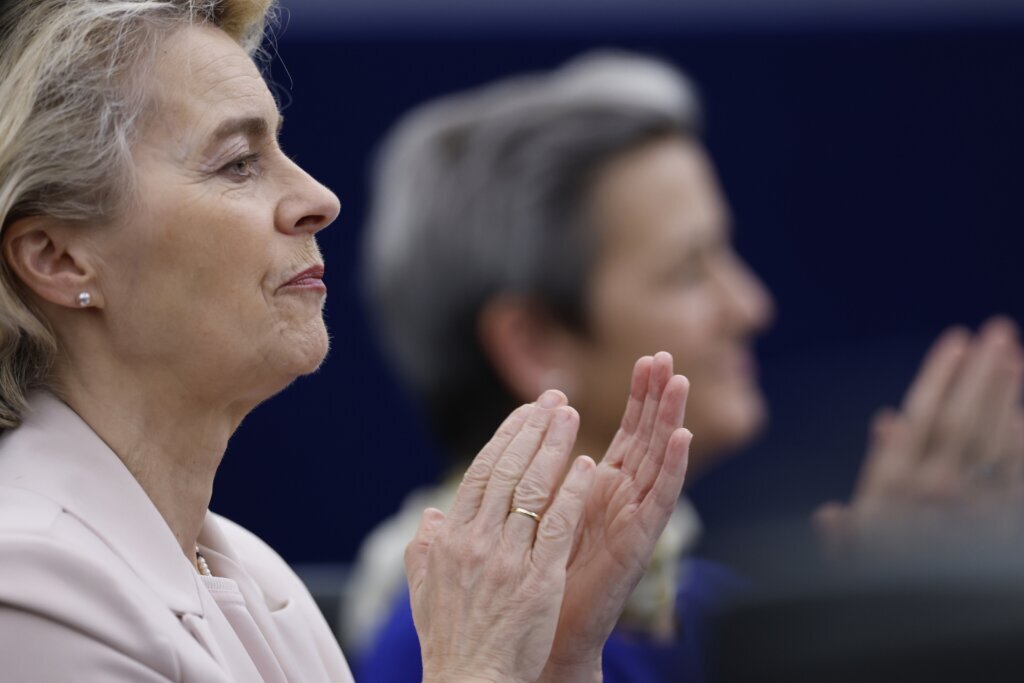 BRUSSELS (AP) — The European Union proposed Wednesday to set up a U.N.-backed specialized court to investigate possible war crimes committed by Russia in Ukraine, and to use frozen Russian assets to rebuild the war-torn country.

European Commission president Ursula von der Leyen said the EU will work with international partners to get “the broadest international support possible” for the tribunal, while continuing to support the work of the International Criminal Court.

Since Russian President Vladimir Putin ordered the invasion of Ukraine on Feb. 24, his military forces have been accused of abuses ranging from killings in the Kyiv suburb of Bucha to deadly attacks on civilian facilities, including the March 16 bombing of a theater in Mariupol that an Associated Press investigation established likely killed close to 600 people.

Investigations of military crimes committed during the war in Ukraine are underway around Europe, and the Hague-based International Criminal Court has already launched investigations.

“Victory is not the only thing we need. We need justice,” she said, comparing Russian war crimes to the atrocities committed by Nazi Germany in World War II.

She called on Britain to lead efforts to set up a criminal tribunal to prosecute senior Russians over the invasion, similar to the postwar Nuremberg trials of leading Nazis.

Von der Leyen on Wednesday added that the 27-nation bloc wants to make Russia pay for the destruction it caused in neighboring Ukraine by using Russian assets frozen under sanctions.

She estimated the damage to Ukraine at 600 billion euros.

“Russia and its oligarchs have to compensate Ukraine for the damage and cover the costs for rebuilding the country,” von der Leyen said. “We have the means to make Russia pay.”

“In the short term, we could create with our partners a structure to manage these funds and invest them,” she said. “We would then use the proceeds for Ukraine, and once the sanctions are lifted, these funds should be used so that Russia pays full compensation for the damages caused to Ukraine.”

The EU said the lifting of the restrictions on Russian assets could be linked to conclusion of a peace deal between Ukraine and Russia that would settle the question of damages reparation.

‘I’m capable of beating them’