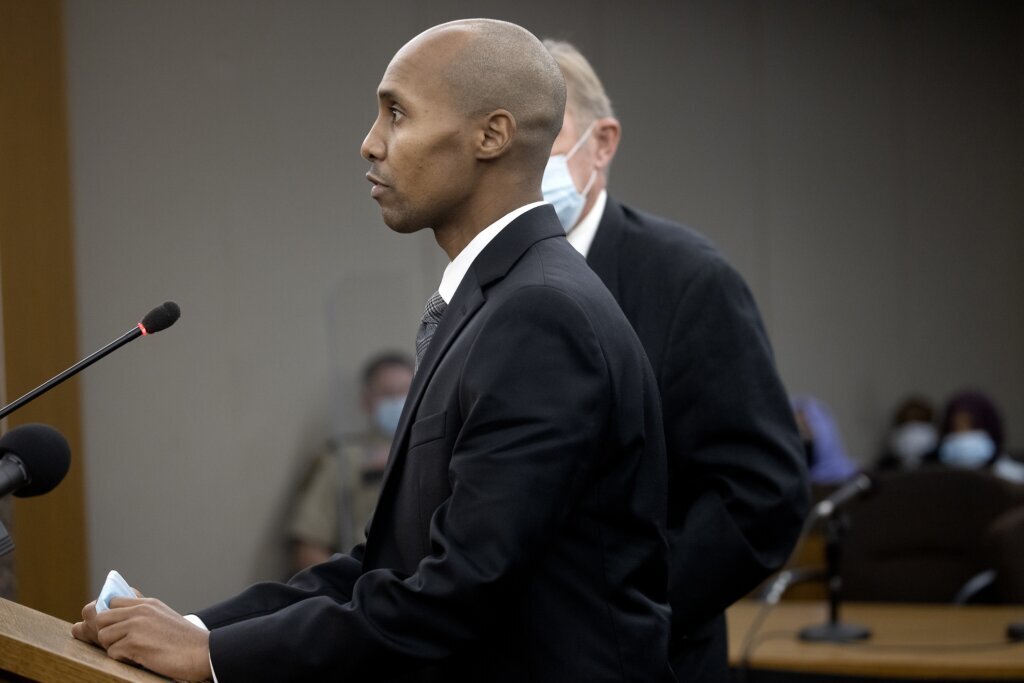 MINNEAPOLIS (AP) — A former Minneapolis police officer who fatally shot an unarmed woman who called 911 to report a possible sexual assault in the alley behind her home was released from prison on parole Monday, months after his murder conviction was overturned and he was resentenced on a lesser charge.

The Minnesota Department of Corrections website said Mohamed Noor, 36, was placed under the supervision of Hennepin County Community Corrections. He was freed 18 days shy of the fifth anniversary of the July 15, 2017, fatal shooting of Justine Ruszczyk Damond, a 40-year-old dual U.S.-Australian citizen and yoga teacher who was engaged to be married.

Corrections Department spokesman Nicholas Kimball confirmed that Noor was released Monday morning. He said he couldn’t confirm where Noor will be living, but that released offenders are generally supervised by the county where they live.

Noor’s attorney, Thomas Plunkett, did not immediately return a call seeking comment. On Friday he said he wanted to respect Noor’s privacy.

Noor was initially convicted of third-degree murder and manslaughter, but last year the Minnesota Supreme Court tossed out his murder conviction and 12 1/2-year sentence, saying that charge didn’t apply to the case. He was resentenced to four years and nine months on the manslaughter charge.

In Minnesota, it’s presumed that a defendant with good behavior will serve two-thirds of a sentence in prison and the rest on parole. Noor will be on supervised release until Jan. 24, 2024.

Damond’s stepmother, Maryan Heffernan, said in a phone interview Friday that the timing of Noor’s release — so close to the anniversary of Damond’s death — was painful.

Noor testified in 2019 that he and his partner were driving slowly in an alley when a loud bang on their police SUV made him fear for their lives. He said a woman appeared at the partner’s driver’s side window and raised her right arm before he fired a shot from the passenger seat to stop what he thought was a threat.

Noor, who is Somali American, was believed to be the first Minnesota officer convicted of murder for an on-duty shooting. Since Noor’s conviction, former Minneapolis Officer Derek Chauvin, who is white, was convicted of murder in the May 2020 killing of George Floyd, a Black man who was pinned to the pavement under Chauvin’s knee. After Noor’s conviction, Minneapolis agreed to pay $20 million to Damond’s family.