SON HEUNG-MIN showed off his six-pack while modeling for Calvin Klein in his new role with the company.

The Tottenham star, 30, is the new face of the fashion company in South Korea.

Son is delighted to have landed the gig and praised Calvin Klein after posing in their underwear in his first photoshoot for the label.

The winger is a brand ambassador and spoke about his new partnership with the company in a statement.

He said: “Calvin Klein products have had a special place in my wardrobe for years, so our partnership is a natural fit.

“Like so many people around the world, I am constantly inspired by the brand’s iconic campaigns, so to be the face of one is both exciting and surreal.” 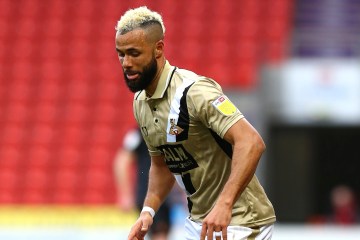 Son also works as a global ambassador for Burberry and started in his role with the company in June.

The Tottenham star described his partnership with the luxury designer brand as an “honour”.

He said: “Being an athlete from the Premier League, it’s my honour to partner with a brand so rich in British heritage.

“I love Burberry’s strive for imagination and innovation which has been deeply inherited in its history, which are values that I champion.”

Son has also modeled for Ralph Lauren and appeared in their Wimbledon-focused collection last year.

The forward could be planning a career in fashion once he hangs up his boots but for now he continues to impress on the pitch.

Last week Son stunned fans with a late free-kick for South Korea to draw his team level in a 2-2 fraw with Costa Rica.