EXPLAINER: Ethereum is ditching its ‘miners.’ Why? 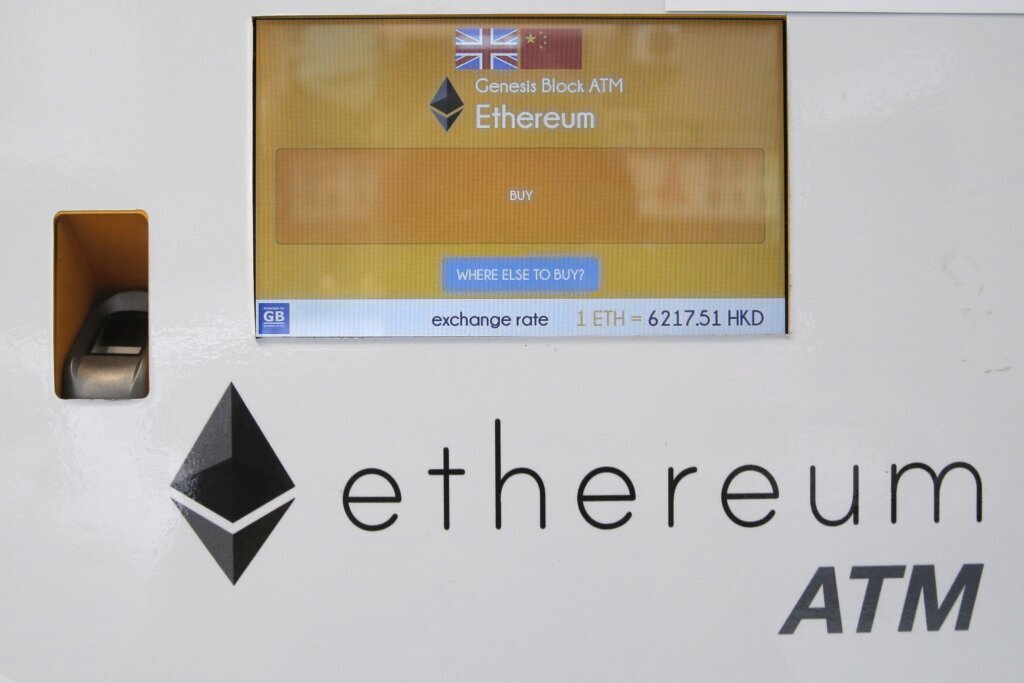 SAN FRANCISCO (AP) — A complex software change to the cryptocurrency ethereum holds the potential to dramatically reduce its energy consumption — and resulting climate-related pollution. But the transition known as “the merge” is not going to do the trick by itself.

With the change enacted late Wednesday, ethereum — the world’s second most valuable cryptocurrency after bitcoin — has effectively eliminated the energy-intensive task of “mining” new coins on its blockchain. Mining requires enormous computing power, which translates to huge energy consumption and, in many areas, greater greenhouse gas emissions at older power plants.

By itself, however, the ethereum change won’t eliminate crypto’s expected environmental impact, although it’s expected to help a great deal. The backers of bitcoin have so far shown little interest in doing away with mining.

BACK UP A SECOND. WHAT IS CRYPTOCURRENCY?

Cryptocurrency is a type of digital money secured via encryption in a publicly viewable and purportedly unalterable way. Using these currencies, people can make direct financial transactions without any need for a bank or other financial intermediaries.

They run on constructs called blockchains, which consist of digitally signed transaction records that document every time a crypto coin is transferred or spent. Blockchains are also known as distributed ledgers because synchronized copies are stored on computers around the world; these copies also make it extremely difficult to alter, insert or destroy blockchain records.

IS CRYPTO BAD FOR THE ENVIRONMENT?

Researchers who have studied cryptocurrency are alarmed by its enormous energy usage. A recent report by the White House Office of Science and Technology Policy cited research findings that as of August 2022, annual electricity consumption for cryptocurrency exceeded that of individual nations such as Argentina or Australia.

This problem, however, isn’t inherent to cryptocurrency. Most of that energy is used for mining, a computationally intensive process for verifying blockchain transactions that also distributes new coins as rewards for competing miners. Crypto mining favors well-resourced groups that can put together a lot of specialized computers and supply them with electricity as cheaply as possible.

That can have unexpected external effects. Prior to the plunge in cryptocurrency values earlier this year, demand for computer graphics cards soared, pushing up prices and emptying store shelves — much to the chagrin of gamers. Such cards turned out to be ideal for crypto mining rigs. Cities and states in the U.S. have also pushed back against crypto firms’ plans to build mining sites in their jurisdictions, citing not only power usage but noise.

SO WHAT DOES THE ETHEREUM CHANGE DO?

Primarily, the software update eliminates the need for miners. Where ethereum previously set miners against each other to solve complex cryptographic puzzles and win new coin as rewards, it now requires parties who want to help validate transactions to put some skin in the game by “staking” a certain amount of ether, the ethereum coin.

Parties from this pool are randomly chosen to validate a block of transactions; a wider group of ether holders will then check their work. Successful validators get paid a reward in ether that is generally proportional to the size of their stake and the length of time they’ve held it.

WILL THAT HELP THE ENVIRONMENT?

The ethereum merge many not sound like much, but it could have dramatic effects. Alex de Vries, an economist and founder of the Digiconomist consultancy that focuses on the environmental impact of cryptocurrencies, calculates the shift will result in energy savings of between 99% and 99.99% for ethereum. (De Vries emphasizes that his work has not yet been peer reviewed.)

“It’s a really small change to the code that’s going to have a very big impact on environmental sustainability,” he said. Prior to the merge, ethereum was doing up to 900 billion calculations per second that are now not needed anymore.

According to his calculations, ethereum was responsible for about 44 million metric tons of carbon dioxide emissions per year. If he’s correct, these will now be drastically reduced.

On the other hand, bitcoin’s energy usage and greenhouse gas emission is significantly larger than ethereum’s — and no move away from bitcoin mining appears to have gained much traction.

AP reporter Frank Jordans in Berlin contributed to this article.