EXPLAINER: How does the FBI get a warrant to search a home? 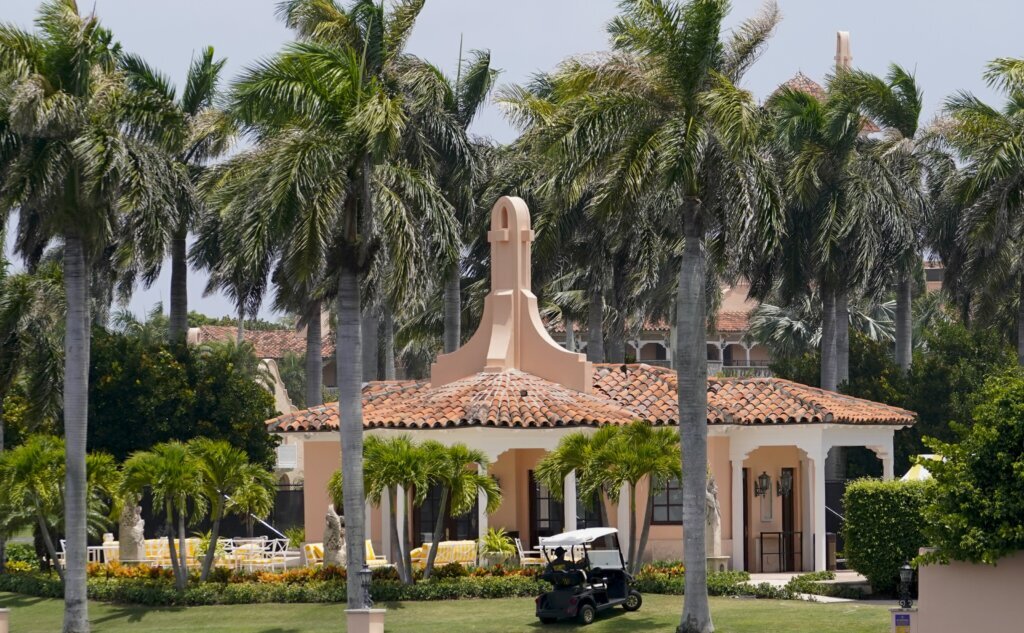 News that FBI agents descended on former President Donald Trump’s Mar-a-Lago home and searched it has spawned accusations of a politicized law enforcement organization doing the bidding of the Biden administration in targeting political enemies.

The reality is that the process of obtaining a search warrant is a controlled by a checklist of requirements before a judge signs off on a decision to invade someone’s home.

Experts say that even the decision to seek a warrant to search a former president’s property would probably have to have been approved by top officials at the Justice Department.

The search is part of an investigation into whether Trump took classified records from the White House to his Florida residence, according to people familiar with the matter.

The Justice Department has been investigating the potential mishandling of classified information since the National Archives and Records Administration said it had received from Mar-a-Lago 15 boxes of White House records, including documents containing classified information, earlier this year.

Here’s a look at the process for obtaining a search warrant and laws governing government records:

HOW DO SEARCH WARRANTS WORK?

FBI agents can’t just show up to search a property such as Mar-a-Lago. Investigators first need to obtain a search warrant, which requires convincing a judge that they have probable cause that a crime occurred.

Federal authorities seeking a search warrant present their evidence and the basis for needing to search a property in an affidavit reviewed by a federal magistrate or district court judge.

Magistrate judges are not nominated by the president and confirmed by the Senate. Instead, they are appointed by district court judges to handle matters such as search warrant applications and defendants’ initial court appearances.

The judge can ask for additional information and question the agent seeking the search warrant under oath. The judge will only sign off on the warrant if there is probable cause there’s evidence of a federal crime at the location authorities want to search.

Given the sensitivity of an investigation involving a former president, there must have been a serious amount of deliberation by both the Justice Department and the judge, said Dennis Lormel, who served 28 years in the FBI before retiring in 2003.

“This couldn’t have been just a knee jerk ‘let’s go serve a warrant’ situation,” said Lormel, now president of the Society of Former Special Agents of the FBI. “I would want to make sure that I have an as airtight or as bulletproof of an affidavit as I could have.”

Those records typically remain under seal unless and until a criminal case is brought, and even then, authorities may try to keep the affidavit from public view. The person whose property is being searched is entitled to see the warrant, but not the affidavit.

When executing a warrant, the FBI controls the scene and doesn’t let residents of the home or their attorneys follow agents around as they search to ensure items aren’t improperly removed from the property, said Tom O’Connor, a retired special agent.

If a property is searched without a valid warrant or probable cause, any evidence seized may be suppressed, which means it can’t be used in court.

Brian O’Hare, president of the FBI Agents Association, said Tuesday that all search warrants “must satisfy detailed and clear procedural rules, and are the product of collaboration and consultation with relevant Department of Justice attorneys.”

In this particular case, execution of the warrant also included notifying the Secret Service detail that provides protection to the former president and his homes. A person familiar with the search told The Associated Press that the FBI reached out to the Secret Service shortly before serving the warrant.

Secret Service agents contacted the Justice Department and were able to validate the warrant before facilitating access to the estate, the person said.

WHAT LAWS MAY BE AT ISSUE?

It’s not clear what law officials think may have been violated. Numerous federal laws address the handling of classified records, including statutes that make it a crime to remove such records and retain them at an unauthorized location.

The Presidential Records Act, which was enacted in 1978 in the aftermath of the Watergate scandal, requires the preservation of White House documents as property of the U.S. government.

But while the law is designed to require the preservation of such records as emails, text messages and phone records, there’s never been a case in which a former commander in chief has been punished for violating the Presidential Records Act and there’s no real mechanism for enforcing the law.

Another federal law says it’s a crime if anyone in custody of government records “willfully and unlawfully conceals, removes, mutilates, obliterates, or destroys” the documents. If the person is convicted, the law calls for a fine or up to three years in prison, or both.

That law also says the person convicted “shall forfeit his office and be disqualified from holding any office under the United States.” But legal experts have said that would not apply in the case of the office of the president, whose qualifications are set by the Constitution.