EXPLAINER: Mixed US inflation signs. Where are prices going? 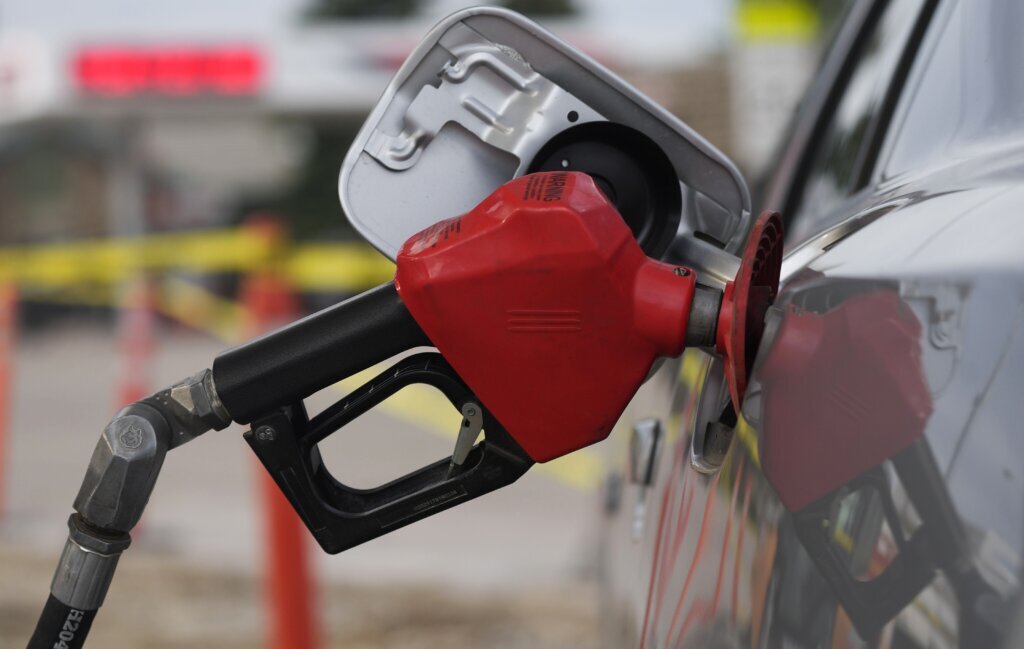 WASHINGTON (AP) — Consumers struggling with skyrocketing prices for food, gas, autos and rent got a tantalizing hint of relief…

WASHINGTON (AP) — Consumers struggling with skyrocketing prices for food, gas, autos and rent got a tantalizing hint of relief last month, when prices didn’t budge at all from June after 25 straight months of increases. With gas prices continuing to fall, inflation is probably slowing further this month.

So has the worst bout of inflation in four decades possibly peaked? Economists say it’s too soon to know for sure. Even if it has peaked, it will likely remain high well into next year.

Since inflation ignited early last year, it has temporarily slowed before, only to re-accelerate in later months. When that happened last fall, Federal Reserve Chair Jerome Powell was forced to jettison his description of higher prices as being merely “transitory” and to acknowledge that high inflation was proving to be chronic.

Even if some prices should keep declining, others — housing costs, for example — are almost sure to remain painfully high. And that means there’s likely still a long way to go before inflation will get anywhere close to the 2% annual pace that the Fed has targeted and that Americans were long accustomed to.

On Wednesday, the government reported that consumer inflation jumped 8.5% in July from 12 months earlier. That was an unexpectedly sharp slowdown from the 9.1% year-over-year inflation rate in June, which was the largest in four decades. But it was still quite high.

So-called core prices, which exclude the volatile food and energy categories to produce a better picture of underlying inflation, also rose more slowly: They increased 0.3% from June to July, less than the 0.7% rise from May to June. Over the past 12 months, core prices rose 5.9%, the same as in June.

Here are some questions and answers about inflation:

WHERE IS INFLATION HEADED?

That’s hard to say, because there are multiple signs pointing in both directions.

In addition to the ongoing drops in gas prices, the cost of groceries — a huge driver of inflation for the past year — could soon rise much more slowly. Futures prices for dairy, chicken and eggs have been falling in recent weeks, according to Capital Economics, a forecasting firm. And costs for such farm commodities as wheat, corn and soybeans are also well off their springtime peaks.

Many supply chain snarls are loosening, with fewer ships moored off Southern California ports and shipping costs declining. That should help reduce the cost of furniture, cars and other goods. Prices for appliances are already falling.

In addition, Americans’ expectations for future inflation fell last month, according to a survey by the Federal Reserve Bank of New York, likely reflecting the drop in gas prices that is highly visible to most consumers.

Inflation expectations can be self-fulfilling: If people believe inflation will stay high or worsen, they’re likely to take steps — such as demanding higher pay — that can send prices higher in a self-perpetuating cycle. But the New York Fed survey found that Americans’ foresee lower inflation in future years than they did a month ago.

ARE THERE SIGNS INFLATION COULD STAY HIGH?

Plenty. Inflation is a byproduct of broad economic trends — too much money chasing too few goods, in the classic economic view — not merely whether individual industries are struck by supply shortages or other problems.

One trend that may be keeping Fed officials up at night is that companies are still hiring workers at a voracious pace — and are willing to pay more to find the people they need. In the April-June quarter, employees’ wages and salaries, excluding government workers, jumped 1.6%, matching a two-decade high that was reached last fall.

Businesses typically pass on at least some of their higher labor costs to their customers in the form of higher prices. But if workers become more productive — if they use more technology, say, or a company streamlines operations — a business can pay more and make up for the higher costs through greater efficiency rather than through higher prices for customers.

Unfortunately, for the first half of this year, the opposite has happened: Productivity has tumbled and wages, adjusted for declining efficiency, have been growing at double-digit levels. Economists say that means further pay increases would have to be passed on to consumers through higher prices. And those price increases would fuel continued high inflation.

“This is way above anything we’ve seen since the high inflation of the early 1980s,” said Peter Hooper, head of economic research at Deutsche Bank Securities, referring to labor costs. “The danger here is that you’re entering into a wage-price spiral, that increasing wage costs are pushing up prices further and making it that much more difficult to actually bring down inflation to a more desirable level.”

WHAT’S CAUSED THE SPIKE IN INFLATION?

Good news — mostly. When the pandemic paralyzed the economy in the spring of 2020 and lockdowns kicked in, businesses closed or cut hours and consumers stayed home as a health precaution, employers slashed a breathtaking 22 million jobs.

But instead of sinking into a prolonged downturn, the economy staged an unexpectedly rousing recovery, fueled by vast infusions of government aid and emergency intervention by the Fed, which slashed short-term interest rates.

With demand up and supplies down, costs jumped. And companies found that they could pass along those higher costs in the form of higher prices to consumers, many of whom had managed to pile up savings during the pandemic.

Critics blamed, in part, President Joe Biden’s $1.9 trillion coronavirus relief package, with its $1,400 checks to most households, for overheating an economy that was already sizzling on its own. Many others assigned a greater blame to supply shortages. And some argued that the Fed kept rates near zero far too long, lending fuel to runaway spending and inflated prices in stocks, homes and other assets.

HOW ARE HIGHER PRICES AFFECTING CONSUMERS?

It’s hitting most people pretty hard, even if they have received pay raises. On average, weekly paychecks, adjusted for inflation, fell 3.6% in July compared with a year ago.

For lower-income families, economic research shows that the hit is typically harder. Poorer Americans are more likely to spend a greater proportion of their incomes on items that have increased the most in price in the past 18 months: Food, gas and rent.

There are also subtler differences that can make inflation harder for those earning less. Many people can’t afford the kind of bulk purchases of groceries that can help higher-income households economize.

Paola Becerra, 40, who lives in Stamford, Connecticut, has started to miss doctor’s appointments to use the money instead for groceries or gas.

“My groceries for just one week are now never below $100,” she said. “And I can’t buy in bulk because I don’t have a big fridge.”