EXPLAINER: What to know ahead of Sweden’s election Sunday 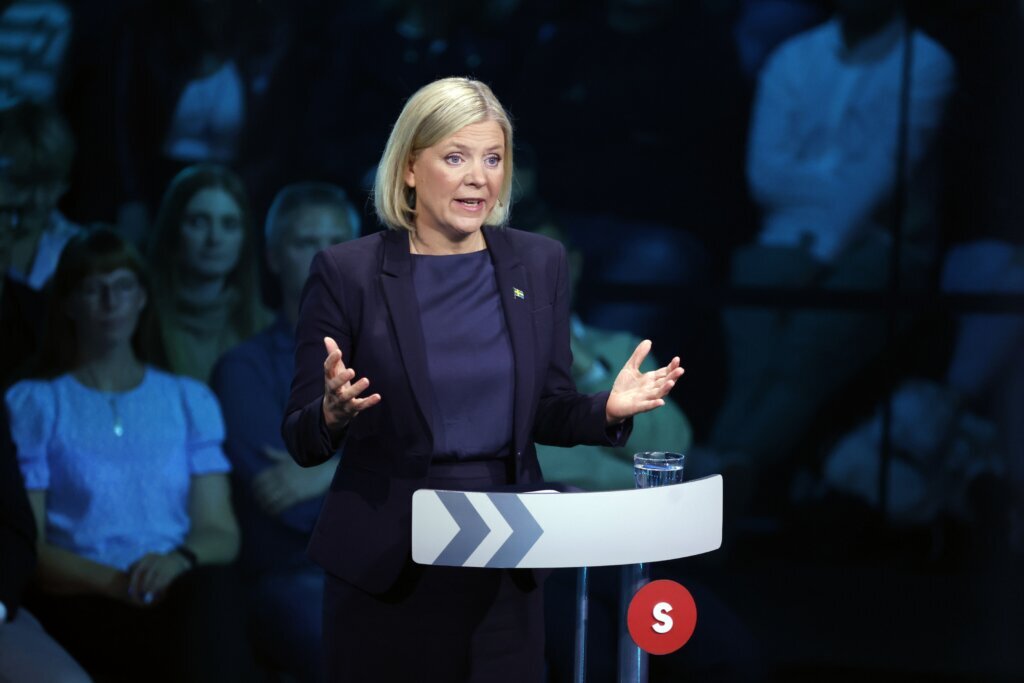 STOCKHOLM, Sweden (AP) — Sweden is holding an election Sunday to elect lawmakers to the 349-seat Riksdag as well as…

STOCKHOLM, Sweden (AP) — Sweden is holding an election Sunday to elect lawmakers to the 349-seat Riksdag as well as to local offices across the nation of 10 million people. Early voting began on Aug. 24, so many people will have already cast their ballots by election day. Here are some key things to know about the vote.

WHAT IS AT STAKE?

Prime Minister Magdalena Andersson is fighting to keep her center-left Social Democrats at the helm of a left-wing coalition but is facing a strong challenge from the right.

Sweden is known for being a cradle-to-grave welfare society and Andersson would like to preserve the social protections that have long defined Sweden, and reverse some of the market-oriented changes by an earlier government. Her party feels that some of the changes, like state subsidies going to private schools, are creating greater inequalities.

The once mighty Social Democrats have been in power since 2014. But as the party’s popularity sinks compared with its heyday in the 20th century, it has been forced it to preside over a weaker government relying more on other parties to pass laws, a situation which has produced political instability over the past eight years.

WHO IS LIKELY TO WIN?

There are two major blocs, with four parties on the left and four on the right. The polls leading up to the election showed the two blocs in a near dead heat, with the outcome impossible to predict.

Under Swedish law, it falls to the party that wins the most seats to form a government. Polls show that this is likely to be Andersson’s party, in which case it would be up to her first to try to form a coalition government with majority support in the legislature.

But if the left as a whole has a poor showing, she might not be able to form a coalition. In that case, the baton would be passed to the second-largest party to try to form a government.

In the last election, in 2018, the Moderates led by Ulf Kristersson, a center-right party, won the second highest number of seats. The conservative party promotes a market economy, lower taxes and a smaller role for government in a country with a generous welfare state supported by high taxes.

But like the Social Democrats, and many other mainstream parties across Europe for that matter, the Moderates have also seen their popularity with voters decline amid a populist challenge coming from further right.

WHO ARE THE POPULISTS?

The Sweden Democrats, a populist right-wing party which takes a hard line on immigration and crime, first entered parliament in 2010 and has been growing steadily ever since.

The party won 13% of the vote in 2018, becoming the third-largest force in parliament. Polls show that is likely to improve on that showing on Sunday.

Some Swedes describe the party as Trumpist and feel put off by the fact that it was founded by far-right extremists decades ago, not quite certain whether to trust it in its transformation to a more traditional conservative party.

The party is led by Jimmie Akesson, a 43-year-old former web designer who has been the driving force in trying to moderate the party’s image.

The party has clearly tapped into the social mood, however. Its success can be measured also by the fact that other parties have been moving closer to its positions as many Swedes believe that they can long longer bear the costs of the generous refugee policies of the past, and are seeking a crackdown on crime.

Once treated as a pariah, other conservative parties have grown increasingly willing to deal with the Sweden Democrats.

HOW SERIOUS IS CRIME IN SWEDEN?

Some of the immigrants who have been welcomed in Sweden in past years have had difficulties assimilating into Swedish society, leading to segregated neighborhoods with high crime rates.

Gang violence mostly takes place among criminal networks dealing drugs or involved in other illicit activity. But there have been recent cases of innocent bystanders being hurt. So far this year, 48 people have been killed by firearms in Sweden, three more than in all of 2021.

The fears triggered by constant news of shootings and explosions in disadvantaged neighborhoods have made crime one of the most pressing issues for voters.

“Shootings and explosions of bombs have increased in the last few years and (this violence) is now considered a great social problem. I wouldn’t say that it’s as bad as Mexico, but we are on the way,” said Anders Sannerstedt, a political scientist at Lund University in southern Sweden.

Andersson became Sweden’s first female prime minister less than a year ago — a milestone late in coming for a country that in many ways is an example of gender equality.

“I was really proud,” said Ulrika Hoonk, a 39-year-old who voted early in Stockholm on Friday evening, saying it took “far too long” for that to happen.

Even though Andersson is the first prime minister, there are still many women represented in positions of authority. Four party leaders are women and one party has a woman and a man sharing the leadership. In parliament, the gender balance has long been split roughly 50-50.

Several women interviewed this week said that finally having a woman in the top leadership job was very important for them, and one factor they considered when choosing which party to support.