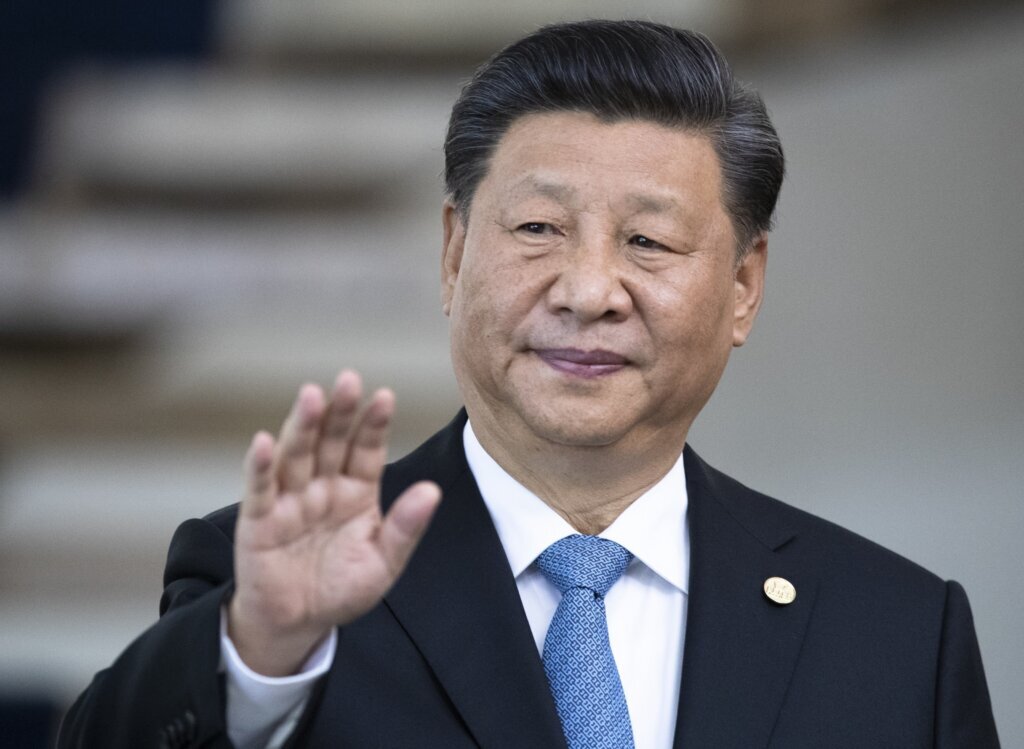 BEIJING (AP) — Chinese President and head of the ruling Communist Party Xi Jinping is expected to meet with his Russian counterpart Vladimir Putin during a visit the neighboring Central Asian nations of Uzbekistan and Kazakhstan this month, in what would be his first overseas visits since the start of the COVID-19 outbreak in late 2019.

Xi, 69, has participated in global gatherings by video link, but his physical absence and those of other top Chinese leaders has thrown a shadow over Beijing’s global political and economic ambitions. Xi has only left mainland China to make a one-day visit to the semi-autonomous city of Hong Kong on July 1 to speak at a ceremony commemorating the 25th anniversary of its handover from British to Chinese rule. Xi has overseen a sweeping crackdown on civil rights in the city since pro-democracy protests in 2019, with opposition voices either imprisoned, forced into exile or intimidated into silence.

According to Russian media, Xi will attend a summit of the Shanghai Cooperation Organization (SCO) in Uzbekistan where he will meet with Putin. The two last met in Beijing in January in Beijing, just weeks before Russia’s invasion of Ukraine.

On that occasion, they issued a joint statement declaring their relationship had “no limits.” Beijing has since refused to criticize Russian aggression or even describe it as an invasion, while condemning sanctions against Moscow and blaming the U.S. and NATO for provoking the conflict.

A brief look at the issues surrounding Xi’s visit:

WHAT ARE THE STAKES FOR XI GOING ABROAD?

Xi is at a crucial inflection point in his political career as he seeks — and is fully expected to receive — a third five-year term as Communist Party leader. That’s a break with precedent that has limited members of the party’s all-powerful Politburo Standing Committee to two terms in an effort to prevent a return of the one-man dictatorial rule of the founder of the People’s Republic, Mao Zedong.

The party, which brooks no opposition, has total control over politics, information and the media and Xi faces no open threats. However, discontent has at times been raised over his consolidation of total power, a sharply slowing economy, a relentless anti-corruption campaign that has targeted political opponents and the hard-line “zero-COVID” measures mandating strict lockdowns, quarantines, testing and masking that has taken a toll on the economy and society.

At the same time, relations with the U.S., Australia and much of Europe have deteriorated over China’s human rights record, its often abrasive diplomacy, assertions of sovereignty in the South China Sea and threats to attack Taiwan. Along with COVID-19 travel concerns, all those factors have contributed to Xi’s apparent reluctance to travel overseas for state visits and international gatherings.

WHAT IS THE SCO AND WHAT IS XI HOPING TO GAIN?

Alongside Russia, China dominates the eight-member SCO, which also includes most of the former Soviet Central Asian states, India and Pakistan. China has used the bloc to expand its influence in what was Moscow’s backyard, including taking part in multinational military exercises displaying the capabilities of its fast-modernizing armed forces. China also sees the grouping as a counterweight to NATO and U.S. alliances in the Asia-Pacific.

The dynamic in the region has changed over recent months, however, with the U.S. withdrawal from Afghanistan and Russia’s invasion of Ukraine, which has drawn tepid support at best from most of the other SCO members. Xi may be hoping a meeting with Putin at the summit will bolster domestic perceptions of him as standing up to Western opposition to the Ukraine war and burnish his nationalist credentials at a time relations with the U.S. grow increasingly tense over trade, technology, Taiwan and other issues.

Coming just ahead of the party congress, the overseas visits would also show Xi is confident of his position and support among the party’s 96 million members, his six colleagues on the Politburo Standing Committee and leaders of the party’s powerful military branch, the People’s Liberation Army. As always, the party remains swathed in a veil of secrecy, and travel by top leaders is almost never announced until the last minute, or even not until they return from their trips.

WHAT DO WE KNOW ABOUT XI’S TRAVEL PLANS

Xi and Putin will meet in the Uzbek city of Samarkand on Sept. 15-16, Russian Ambassador to China Andrei Denisov was quoted as saying by Russia’s state news agency Tass.

Xi is also expected to attend a Group of 20 summit in Indonesia in mid-November, bolstering China’s position as the world’s second largest economy and a key link in supply chains for goods from cell phones to dishwashers. Separately, China has told Thailand that Xi would attend a meeting in Bangkok of the Asia-Pacific Economic Cooperation forum shortly after the G-20, “if he is not preoccupied with other responsibilities.”

Many leaders combine a trip to APEC and the G-20. China has not confirmed that Xi would attend either gathering.

Coincidentally, Xi’s visit to Kazakhstan on Sept. 14, according to that country’s Foreign Ministry, will overlap with a trip to the nation’s capital by Pope Francis, who will be attending the Congress of Leaders of World and Traditional Religions.

China expelled all foreign priests shortly after the Communists seized power amid civil war in 1949, and continues to have no formal relations with the Vatican. While the party ended its ban on religion more than three decades ago, Xi has led a push to demand Christian, Islamic and other religious leaders pledge loyalty to the party and follow its dictates in relations with overseas groups.