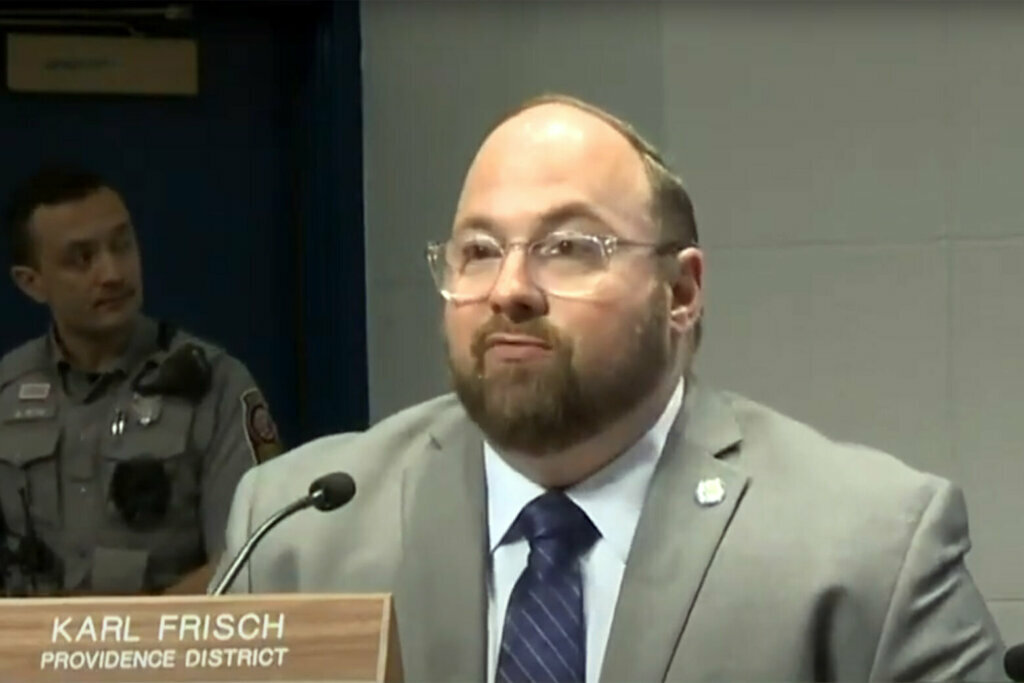 Fairfax County School Board member Karl Frisch said Tuesday he plans to run for the Virginia House of Delegates seat being vacated by Del. Mark Keam.

Keam is leaving the general assembly for a job in President Joe Biden’s administration, Frisch said.

Keam has represented the 35th District, which includes McLean, Tysons, Dunn Loring, Oakton, Penderbrook and the Town of Vienna, since 2010. He most recently defeated Republican candidate Kevin McGrath in 2021.

A special election hasn’t been scheduled yet, Frisch said.

“We need someone who will stand up to Governor Youngkin and the far-right – someone who will work every day to protect our world-class public schools, defend reproductive freedom, build an economy that works for everyone, prevent gun violence, heal our planet, and preserve our democracy,” Frisch said in a statement. “That is the kind of leadership I can deliver, and that is why I am announcing my candidacy for Virginia House of Delegates in the 35th district.”

Frisch currently represents the Providence District on the school board, and said he’s the first openly LGBTQ person elected to local office in Fairfax County. He also served as executive director of watchdog Allied Progress.

Frisch said he has been endorsed by Fairfax County Chairman Jeff McKay, Rep. Don Beyer and a handful of current and former school board members, among others.

After November 2023, the 35th District will be the 12th District and include some different precincts. Frisch said he lives in both configurations.