Family of journalist killed in West Bank lashes out at Biden 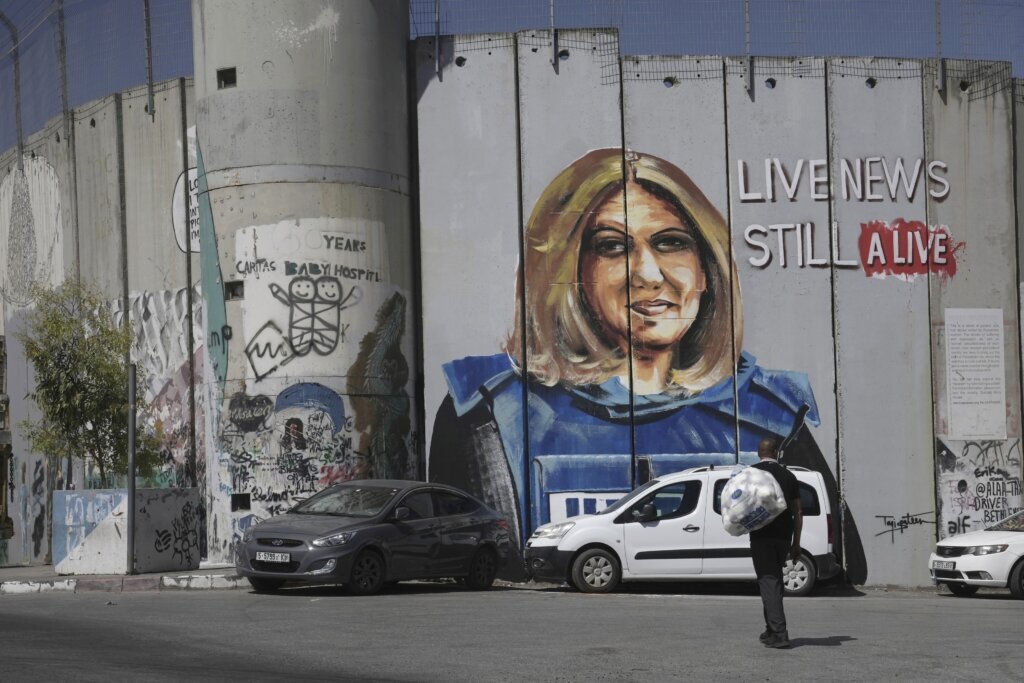 JERUSALEM (AP) — The family of a Palestinian-American reporter killed while covering an Israeli raid in the occupied West Bank lashed out at President Joe Biden in a letter released Friday over his administration’s response to her death.

Relatives of Al Jazeera reporter Shireen Abu Akleh expressed “grief, outrage and (a) sense of betrayal,” accusing the U.S. of trying to erase Israel’s responsibility for her death. A U.S. statement earlier this week that said Israeli fire likely killed her but that the May 11 shooting in the West Bank town of Jenin was not intentional.

Fallout from the killing is likely to cast a shadow over Biden’s trip to Israel and the occupied West Bank next week. There was no immediate response from U.S. officials.

A reconstruction by The Associated Press lent support to Palestinian eyewitnesses who said she was shot by Israeli forces without making a final determination. Investigations by CNN, the New York Times and the Washington Post, as well as monitoring by the U.N. human rights office, reached similar conclusions.

Israel denies she was deliberately targeted, and says she could have been shot by an Israeli soldier or a Palestinian militant during an exchange of fire. The State Department said in a July 4 statement that the bullet that killed her was too badly damaged to determine who fired it.

The statement said the U.S. had summarized separate investigations by Israel and the Palestinian Authority, concluding that she was likely struck by Israeli fire. But it found “no reason to believe that this was intentional,” saying it was the result of “tragic circumstances.”

The U.S. did not explain how it reached those conclusions or cite evidence to support them.

The Abu Akleh family said “all available evidence” suggests she was deliberately killed by an Israeli soldier and that the administration had “thoroughly failed to meet the bare minimum expectation” of a credible, independent investigation.

“Instead, the United States has been skulking toward the erasure of any wrongdoing by Israeli forces,” they said. “It is as if you expect the world and us to now just move on. Silence would have been better.”

The family also asked Biden to meet with them when he visits the region.

U.S. lawmakers have pressed the administration for an independent investigation into the killing of Abu Akleh, a veteran on-air correspondent for Al Jazeera’s Arabic language service who was widely known and respected across the Arab world.

Abu Akleh, who was 51, had spent a quarter-century reporting on the harsh realities of life under Israeli military rule. Palestinians view her as a martyr to journalism as well as their national cause.

Israeli police drew widespread criticism when they beat mourners and pallbearers at her funeral in Jerusalem on May 14. An Israeli newspaper last month reported that a police investigation found wrongdoing by some of its officers, but said those who supervised the event will not be seriously punished.