ANDY RUIZ JR has returned to the same weight that he beat Anthony Joshua at ahead of his return fight against Luis Ortiz.

The Mexican-American hit the scales at 268.8lb for his pay-per-view headliner in Los Angeles.

That is almost the exact same as when he beat AJ in 2019 to shock the world and win the unified heavyweight titles.

And fans believe Ruiz is now back at his optimum fighting weight, in a warning to 43-year-old Ortiz.

Another added: “Ruiz was 268 when he fought AJ the first time, but he is holding it a whole lot better than then. 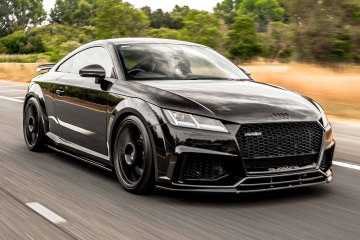 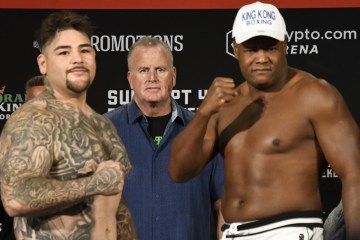 “Can see he has lost a decent amount of fat and packed on a lot of muscle.”

One commented: “I got Andy Ruiz knocking Ortiz out !!! Andy look comfortable at 268 and it’s crazy he look slim at the same time.”

Ruiz, 32, ballooned up to 20 STONE for his rematch with Joshua, 32, in Saudi Arabia, which he lost on points.

But got back down to 18st 2lb for his comeback fight against Chris Arreola, 41, in May of last year although the win was less than convincing.

So Ruiz returned to the weight he knows best for this camp, with the help of fried chicken chain Cane’s.

He said: “I’ve been doing everything that I’ve been supposed to do.

“I don’t want to say a lot of stuff but yesterday we ate Cane’s – I’m not in a big diet, you know? I’ve been eating good.”

Man kills woman with an axe in Berlin