The iconic former Premier League midfielder, 39, was on hand to dish out the balls at Thursday’s Uefa event in Istanbul.

The former Barcelona and Man City star is now a youth coach with Antonio Conte’s Spurs.

And the Londoners ended up with arguably the best group of the lot, drawing Eintracht Frankfurt, Sporting Lisbon and Marseille.

Man City got Sevilla and Borussia Dortmund, while Liverpool were given Napoli and Ajax – as well as a Battle of Britain against Rangers. 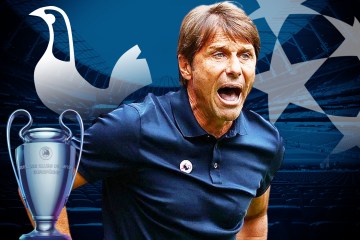 This prompted footy fans to flood Twitter with hilarious claims that Toure somehow wiggled the draw in Spurs’ favour – with even Tottenham fans revelling in their group.

Another declared: “Yaya Toure already a Tottenham legend in my book.”

One joked: “Didn’t Tottenham’s Yaya Toure do a superb job?”

Another boomed: “Toure just rigged the UCL in front of the entire world. A Europa League group in the UCL.”

One added: “Tottenham with Frankfurt, so so lucky. Yaya rigging the draw.”

Toure certainly didn’t hold back from declaring his support for Tottenham before making the draw.

Speaking on stage, the three-time Premier League winner said: “I would like to take this opportunity to thank Tottenham.

“They are fantastic at the club. I feel like I belong in a family.

“It is immense what they have done for me.”

5G service to be available in most part of the country in 2-3 yrs: Vaishnaw