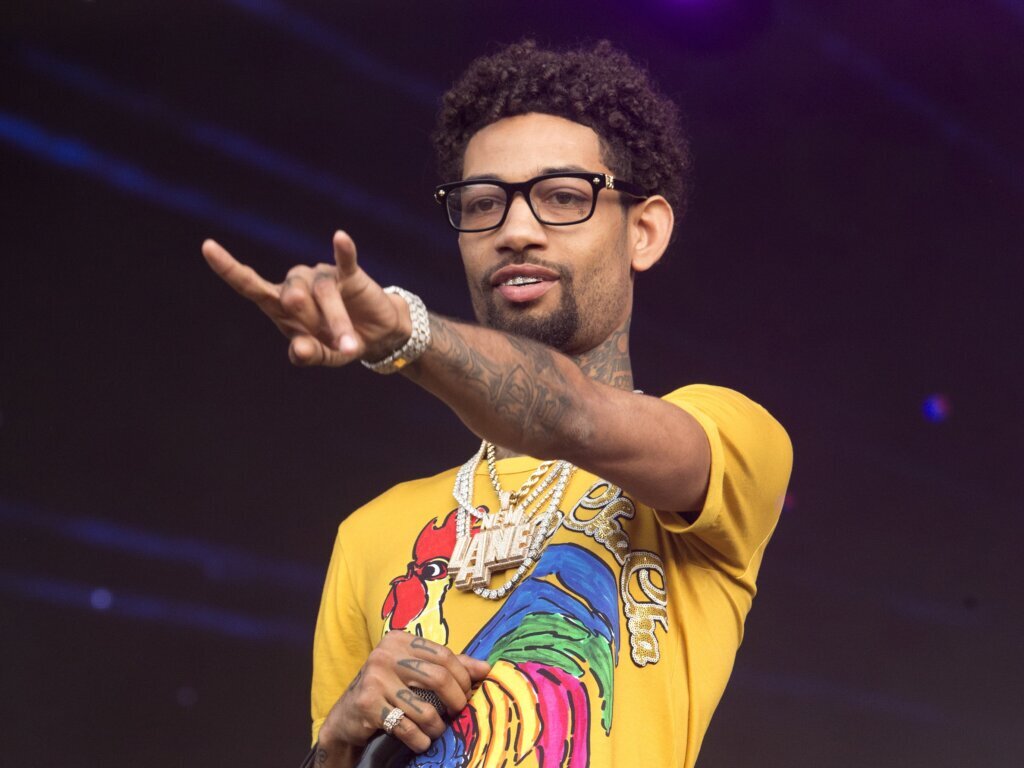 LOS ANGELES (AP) — A man and his 17-year-old son were charged Thursday with murder in the fatal shooting of rapper PnB Rock at a South Los Angeles restaurant, authorities said.

Freddie Lee Trone, 40, who has yet to be arrested, and his son, who was taken into custody Tuesday, were each charged with one count of murder, two counts of second-degree robbery and one count of conspiracy to commit robbery.

A 38-year-old woman, Shauntel Trone, was also arrested Tuesday and was charged with one count of being an accessory after the fact to the killing. Her relationship to the two other defendants wasn’t immediately clear.

The teen, who remains jailed, made an initial appearance in juvenile court and was told to return next month. Shauntel Trone was scheduled to be arraigned later Thursday. It is not clear whether either of them has retained an attorney.

Police are still searching for Freddie Lee Trone, who they say should be considered armed and dangerous.

PnB Rock, the 30-year-old Philadelphia hip-hop artist whose legal name is Rakim Allen, was gunned down Sept. 13 at Roscoe’s House of Chicken ‘N Waffles while eating with his girlfriend. A robber approached their table and demanded items from the rapper, according to investigators.

Detectives have said a social media post may have tipped Rock’s killer to his location. Rock’s girlfriend had posted the location and tagged the rapper in an Instagram post that has since been deleted.

The robber took some items from the victim and fled in a car that was waiting in the parking lot, police said. Rock was pronounced dead at a hospital.

Rock was best known for his 2016 hit “Selfish” and for making guest appearances on other artists’ songs such as YFN Lucci’s “Everyday We Lit” and Ed Sheeran’s “Cross Me” with Chance the Rapper. His latest track, “Luv Me Again,” was released Sept. 2.