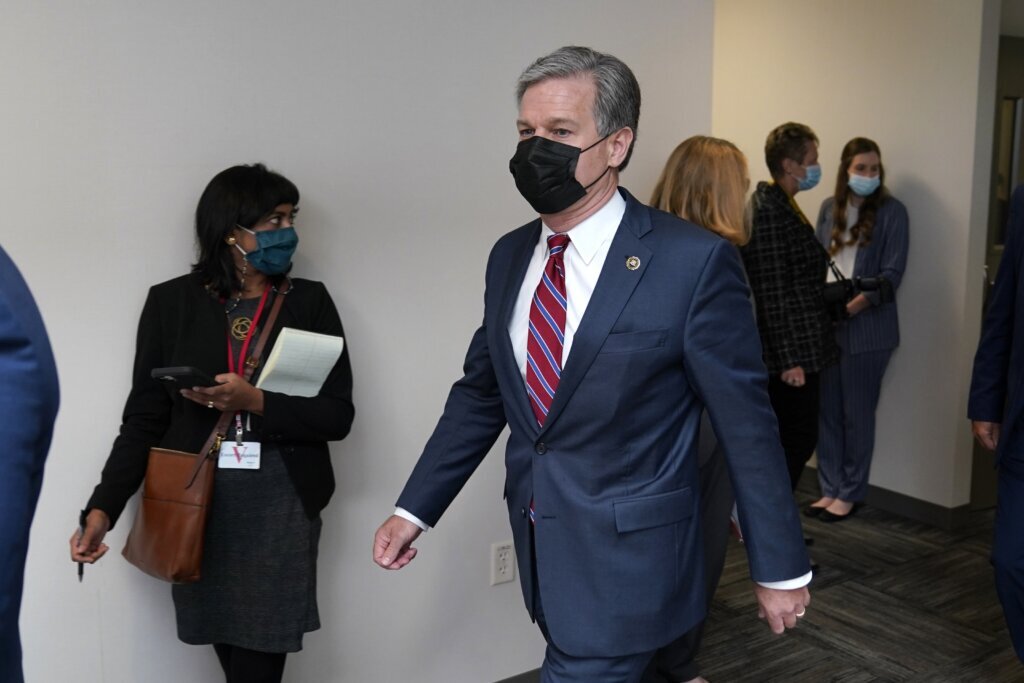 The director of the FBI had strong words Wednesday for supporters of former President Donald Trump who have been using violent rhetoric in the wake of his agency’s search of Trump’s Mar-a-Lago home.

OMAHA, Neb. (AP) — The director of the FBI had strong words Wednesday for supporters of former President Donald Trump who have been using violent rhetoric in the wake of his agency’s search of Trump’s Mar-a-Lago home.

Christopher Wray, who was appointed as the agency’s director in 2017 by Trump, called threats circulating online against federal agents and the Justice Department “deplorable and dangerous.”

“I’m always concerned about threats to law enforcement,” Wray said. “Violence against law enforcement is not the answer, no matter who you’re upset with.”

Wray made the remarks following a news conference during a long-planned visit to the agency’s field office in Omaha, Nebraska, where he discussed the FBI’s focus on cybersecurity. He declined to answer questions about the hours-long search Monday by FBI agents of Trump’s Palm Beach, Florida resort.

It has been easy to find the threats and a call to arms in those corners of the internet favored by right-wing extremists since Trump himself announced the search of his Florida home. Reactions included the ubiquitous “Lock and load” and calls for federal agents and even U.S. Attorney General Merrick Garland to be assassinated.

On Gab — a social media site popular with white supremacists and antisemites — one poster going by the name of Stephen said he was awaiting “the call” to mount an armed revolution.

“All it takes is one call. And millions will arm up and take back this country. It will be over in less than 2 weeks,” the post said.

Another Gab poster implored others: “Lets get this started! This unelected, illegitimate regime crossed the line with their GESTAPO raid! It is long past time the lib socialist filth were cleansed from American society!”

The search of Trump’s residence Monday is part of an investigation into whether Trump took classified records from the White House to his Florida residence, according to people familiar with the matter. The Justice Department has been investigating the potential mishandling of classified information since the National Archives and Records Administration said it had received from Mar-a-Lago 15 boxes of White House records, including documents containing classified information, earlier this year.

Glazers exit is no instant cure for Man Utd and the best players don’t want to play for them, says club legend Ferdinand