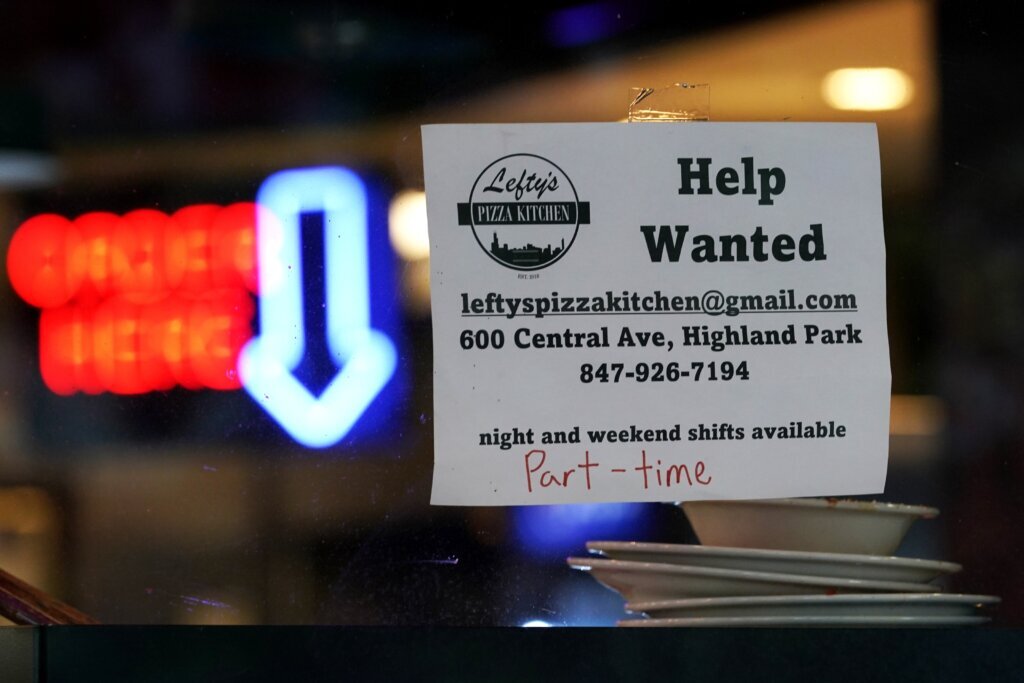 WASHINGTON (AP) — The number of Americans applying for unemployment benefits fell again last week to a four-month low even as the Federal Reserve continues its aggressive interest rate cuts to bring inflation under control.

Applications for jobless aid for the week ending Sept. 10 fell by 5,000 to 213,000, the Labor Department reported Thursday. That’s the fewest since late May.

The number of Americans collecting traditional unemployment benefits inched up by 2,000 for the week that ended Sept. 3, to 1.4 million.

Hiring in the U.S. in 2022 has been remarkably strong even in the midst of rising interest rates and weak economic growth. The Federal Reserve has aggressively raised interest rates in an effort to bring down inflation, which generally also slows job growth.

Earlier this month, the Labor Department reported that employers added still-strong 315,000 jobs in August, though less than the average 487,000 a month over the past year. The unemployment rate ticked up to 3.7%, its highest level since February, but for a healthy reason: Hundreds of thousands of people returned to the job market, and some didn’t find work right away, so the government’s count of unemployed people rose.

The U.S. economy has been a mixed bag this year. Economic growth has declined in the first half of 2022, which, by some informal definitions, signals a recession.

But businesses remain desperate to find workers, posting more than 11 million job openings in July, meaning there are almost two job vacancies for every unemployed American.

Inflation continues to be the biggest obstacle for a healthy U.S. economy. The rise in consumer prices slowed modestly the past couple months, largely due to falling gas prices. But overall, prices for food and other essentials remain elevated enough that the Federal Reserve has indicated it will keep raising its benchmark interest rate until prices come back down to normal levels.

Most economists expect the Fed to raise its benchmark borrowing rate by three-quarters of a point when it meets next week.

The Fed has already raised its short-term interest rate four times this year and Chairman Jerome Powell has said that the central bank will likely need to keep interest rates high enough to slow the economy “for some time” in order to tame the worst inflation in 40 years. Powell has acknowledged the increases will hurt U.S. households and businesses, but also said the pain would be worse if inflation remained at current levels.

Some of that so-called pain has already begun, particularly in the housing and technology sectors. Online real estate companies RedFin and Compass recently announced job cuts as rising interest rates have tripped up the housing market.

Other high-profile layoffs announced in recent months include Tesla, Netflix, Carvana, and Coinbase.

Meet Isabella Farnese, the glamorous jockey and former Big Brother star who says she’s ‘a bit of a lad’