The Gypsy King, 34, was inside the Principality Stadium in Cardiff, Wales, for WWE’s Clash at the Castle.

And after getting involved in the grand finale, Fury had a message for his rival Usyk.

The Ukrainian, 35, called Fury out for an undisputed heavyweight title fight following his win over Brit Anthony Joshua.

But efforts to get the fight scheduled for later this year have fallen short with Usyk wanting time to recover from old injuries and spend time with his family.

When asked what message he had for Usyk, Fury told WWE: “I don’t want to say anything. Find your balls and come see me, s**thouse.” 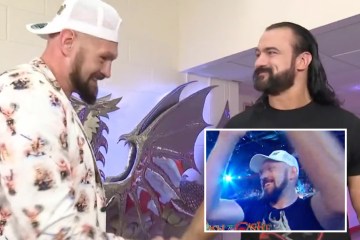 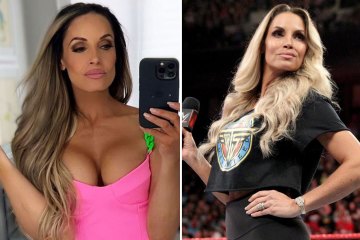 Fury also revealed he will be fighting “very soon” but the opponent is yet to be confirmed.

He said: “I’m going to be fighting very soon, against… we don’t know yet, we’re still looking for an opponent.

“I’m going to fight in the next few months here in the UK.

“Usyk’s not going to be ready, doesn’t want to fight.”

Fury showed his punching power on WWE TV as he knocked out Money in the Bank briefcase holder Austin Theory.

Theory tried to cash in on Roman Reigns, who was facing Drew McIntrye.

However, as Theory approached the barrier where Fury was, he was KO’d.