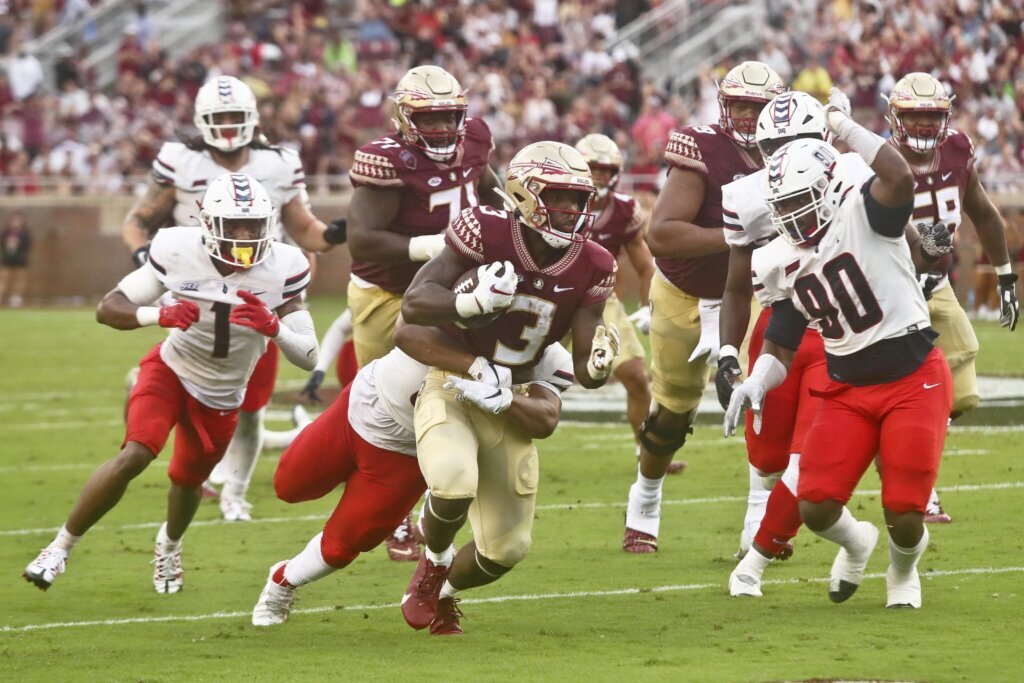 The Seminoles ran for 406 yards and opened the season with a victory for the first time since 2016.

Florida State scored on eight of its first nine drives. Jordan Travis, Toafili and Ward had TD runs as Florida State led 20-0 after the first quarter.

Travis completed 11 of 15 passes for 207 yards. Kentron Poitier had four receptions for 84 yards. Mycah Pittman also had four catches for 44 yards. Johnny Wilson hauled in a 51-yard grab that set up a touchdown.

Joe Mischler completed a 22-yard touchdown pass to Abdul Janneh in the third quarter for Duquesne. The Dukes capitalized off a short field after Ryan Webb intercepted a pass from Florida State backup Tate Rodemaker.

Florida State: The Seminoles last surpassed 400 rushing yards in a game in 2016, when Dalvin Cook and Jacques Patrick led the team to 478 yards at South Florida.