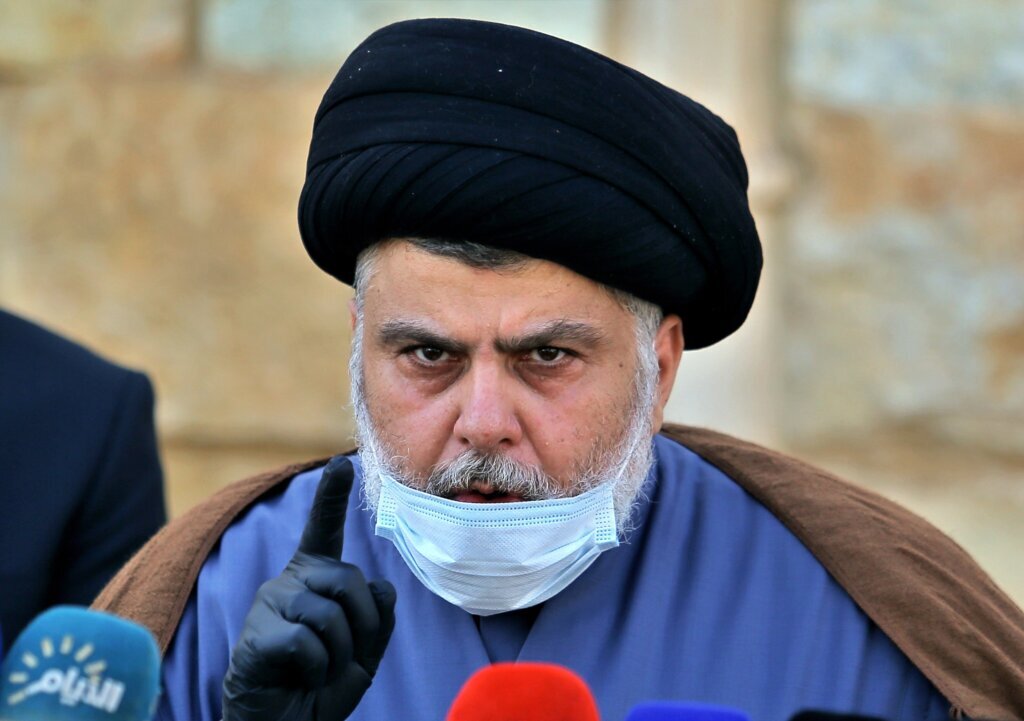 Hundreds of followers of Muqtada al-Sadr, an influential Shiite cleric, stormed Iraq’s government palace on Monday shortly after he announced he was withdrawing from politics.

BAGHDAD (AP) — Hundreds of followers of an influential Shiite cleric stormed Iraq’s government palace on Monday shortly after he announced he was withdrawing from politics, further deepening an unprecedented political crisis.

Muqtada al-Sadr’s followers stormed the Republican Palace, a key meeting place for Iraqi heads of state and foreign dignitaries, for the first time. On July 30, they stormed the parliament building to deter al-Sadr’s rivals from forming a government.

Iraq’s military swiftly announced a city-wide curfew for civilians and vehicles on Monday to quell rising tensions and the possibility of clashes.

Al-Sadr’s protesters filled lavish waiting rooms in the palace and chanted slogans in support of the cleric.

Hundreds of followers of an influential Shiite cleric scaled the cement barriers leading to Iraq’s government palace after he announced his resignation from politics on Monday, spurring fears of more volatility amid an unprecedented political crisis.

Shortly after Muqtada al-Sadr announced his “final” retirement from politics, hundreds of his followers rushed to the government palace, the seat of the caretaker government. It was the first time his followers have attempted to breach the palace since thousands of them stormed Iraq’s parliament to prevent al-Sadr’s rivals from forming a government.

The protesters used ropes to pull down cement barriers leading to the palace gates.

Iraq’s military called on the protesters to withdraw immediately from the Green Zone and to practice self-restraint “to prevent clashes or the spilling of Iraqi blood,” according to a statement.

In a tweet, the cleric said he was withdrawing from politics and ordered the closure of his party offices. It is not the first time al-Sadr has announced his retirement from politics, but many fear it could spur more escalation.

Al-Sadr’s statement on Monday was a reaction to the retirement of Shiite spiritual leader Ayatollah Kadhim al-Haeri, who counts many of al-Sadr’s supporters as followers. The previous day, al-Haeri announced he would be stepping down as a religious authority and called on his followers to support Iran’s Ayatollah Ali Khamenei, not the Shiite spiritual center in Iraq’s holy city of Najaf.

The move was a blow to al-Sadr. In his statement he said al-Haeri’s stepping down “was not out fo his own volition.”

Al-Sadr won the largest share of seats in the October elections but failed to form a majority government, leading to what has become one of the worst political crises in Iraq in recent years.

His bloc later resigned from parliament and his supporters last month stormed the parliament building in Baghdad. Al-Sadr has demanded that parliament be dissolved and early elections held.