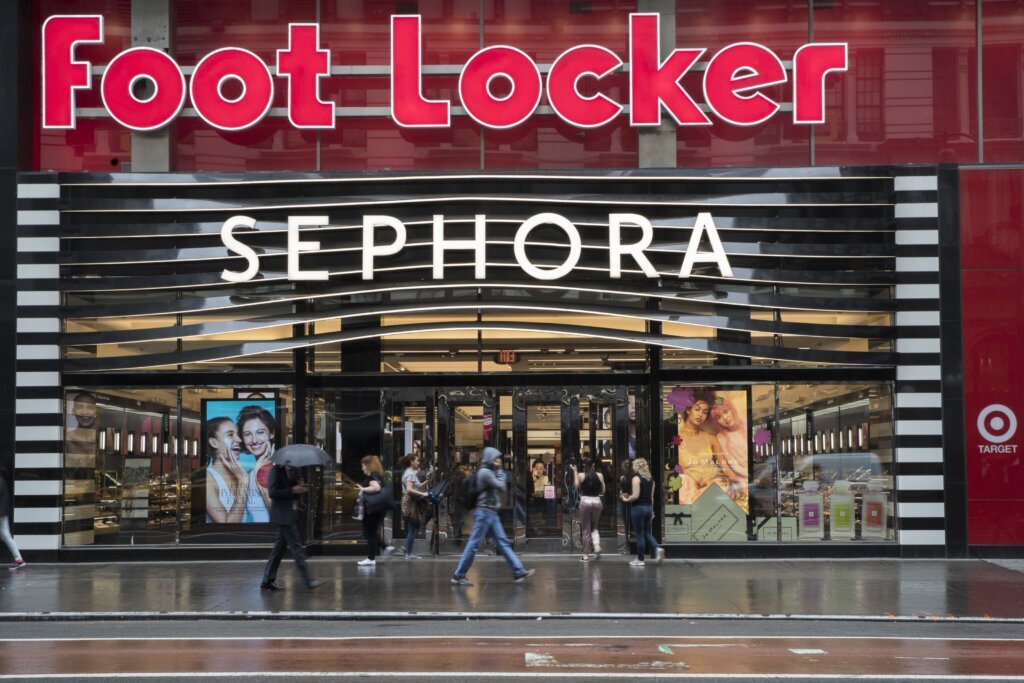 SILVER SPRING, Md. (AP) — The chief executive who oversaw the rapid expansion of Ulta Beauty will take over as CEO of Foot Locker during a period of significant transition for the chain.

Mary Dillon, one of only a handful of women to run a company in the S&P 500, stepped down as the top executive at Ulta early last year and will take over at Foot Locker for Richard Johnson, who retires next month.

Shares of Foot Locker jumped 20% at the opening bell Friday.

Dillon takes control of the company next month with Foot Locker relying less on sales at malls, where foot traffic has plummeted, and moving away from one of its most dominant suppliers, Nike. Nike is pursuing an aggressive push to sell its products directly to customers.

Johnson, who has led the company since 2014, will continue as the board’s executive chairman through 2023.

Ulta’s market capitalization tripled under Dillon between 2013 to 2021 and doubled its number of stores and loyalty memberships. She created a partnership to get Ulta into a major retail chain and in front of potential customers who may have been unfamiliar with the brand.

Foot Locker posted its highest annual sales since 1994 in its last fiscal year as the pandemic eased, potentially providing momentum as it expands its online sales platforms while opening more stand-alone locations.

Foot Locker says it will maintain a presence in malls, where their referee-striped sales force has been ubiquitous for decades.

It is also diversifying the products customers see on shelves Foot Locker says that by the fourth quarter of this year it expects no vendor to to make up more than 55% of its product budget. Just two years ago, Nike products accounted for as much as 75% of Foot Locker’s product spending.

Foot Locker, based in New York, has 2,800 stores across 28 countries and reported $9 billion in sales last year. During the second quarter, it opened 34 new stores, remodeled or relocated 24 more and closed 50.

Dillon has served as president and CEO of U.S. Cellular and held executive and leadership positions at McDonald’s and PepsiCo.