DUTCH keeper Jay Gorter has been left out of Netherlands’ U21 squad after failing to reply to WhatsApp messages while he was visiting his sick mother.

The 22-year-old Ajax man was in the hospital checking on his mum – who is suffering with a kidney disease – meaning he was unable to respond to texts from goalkeeper coach Sierd van der Berg.

And the Dutch team have not deemed his excuse to be a valid one – opting to leave him out of their squad as a result.

“He also thought that Gorter could have responded to his apps despite his mother’s situation. At least faster.

“So Jay Gorter is left at home.” 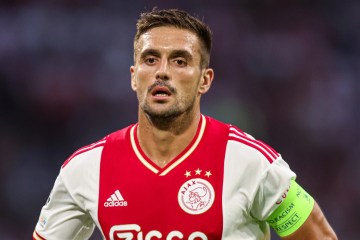 Gorter earned his first cap for the junior national team back in June.

It comes after he left Go Ahead Eagles to join Ajax in the summer of 2021.

However, he is still the Dutch champions’ third choice shot-stopper behind Maarten Stekelenburg and Remko Pasveer.

Ajax have made a superb start to the season, winning all six of their Eredivisie matches so far.

They also thrashed Rangers 4-0 in their opening game in the Champions League.

But Alfred Schreuder’s side came up short against Liverpool in midweek, losing 2-1 at Anfield after a last-gasp header from Joel Matip.